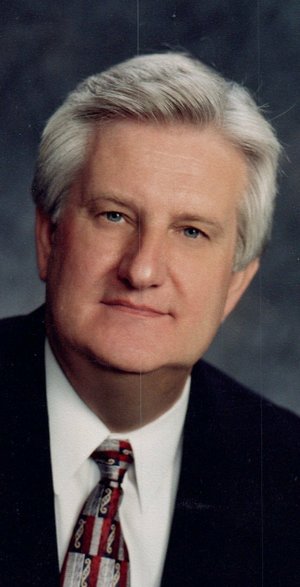 Gary M. Greene, 72, passed away on Sunday, January 12, 2020, from complications due to pneumonia and pancreatic cancer. He will be greatly missed by his wife of 50 years, Barbara Greene; son, Scott (Dollie) Greene; daughter, Karen (Steven) Peterson; grandchildren, Brett Walsh, Tyler Greene, Reese Peterson and Allie Grace Greene; sister, Tammi (Rick) Stevenson; niece, Kaylen (Doug) Welter; nephew, Miles Stevenson; and a vast multitude of extended family and friends. He was preceded in death by his parents, Gina Irene and G.M. Greene.
Gary worked at the University Of Arkansas Winthrop Rockefeller Institute as Chief Financial Officer, Treasurer and Director of Finance and Administration since its inception in 2005. He began working at the site that is now the institute in 1979, holding various accounting and finance positions over the years now known simply as Winrock International. Among Gary's endeavors outside Winrock International and the Winrock Rockefeller Institute were 18 years of service on the Conway School Board and 30 years of service on the board of the Student Loan Guarantee Foundation of Arkansas and also as Treasurer of the Rockefeller Family Charitable Trust. Upon his retirement in 2016, he enjoyed his grandkids, watching old westerns, going to the cabin and spending time with his family. He was a very devout, generous and loving husband, father, brother, son and papaw.
In lieu of flowers, donations may be made to St. Judes Children's Hospital. A funeral service will be at 1 p.m., Thursday, January 16, 2020, at Roller-McNutt Funeral Home in Conway with visitation one hour prior, entombment to follow at Crestlawn Memorial Park in Conway.