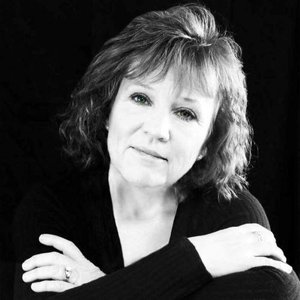 Paula Jean Mixon Baker burst forth onto this Earth, at Jonesboro, Arkansas, just after midnight on August 22, 1955, her mother's birthday. She left it peacefully on Sunday morning, December 29, 2019, while at her home in Carson City, Nevada with her husband, Ron Baker, and her daughter, Virginia Jean "Ginna" Blair. Paula graduated from North Little Rock Northeast High School in 1973 after being a varsity cheerleader, speech and drama club officer, and member of the senior cabinet. She was five feet tall as were her grandmother, mother, and daughter. But that five feet contained a powerhouse of energy.

Paula worked as a bookkeeper, but her passions were dancing and car racing. Dancing came to her early as a star for LaWanda's School of Dance in Jonesboro, her next-door neighbor, with her mother paying for lessons by making costumes. In 1959, she danced on stage and was named Little Miss Centennial for Jonesboro's celebration. In recent years, dancing twirled her to co-ownership of All About Dance, a studio for children and adults in Carson City, where she taught dance and was a cheerleader for "her" girls. Dancing also spun off a love of music and theater. Paula was all smiles and tears when the star belting out the song on stage was her own diminutive dynamo Ginna.

Racing came to her through her father who raced Model A Fords in the 1940s. Paula founded RPM, R and P Motorsports, with her husband Ron. RPM owned and raced Mazda Miatas. Paula was a five-time Sports Car Club of America national champion and was named SCCA Driver of the Year in 2001. Throughout, Ron was her "pit boss" keeping cars safe and fast and Paula well loved. She reveled in being the center of his attention.

Paula is the namesake of and was preceded in death by her parents, Paul and Betty Jean Mixon. She is survived by her husband Ron of the home, her daughter Ginna of Carrollton, Georgia, her older brothers Donn Mixon of Jonesboro and Bob Mixon of Pleasant Plains, and her six nieces and nephews. By any name, Miss Priss, Pete, PJ, Aunt Paula, or Paula Poppins, she will be remembered with smiles and laughter. She would want that.

A celebration of Paula's life will be held on January 20, 2020 at 11 a.m. at LifePoint Church, 1095 Stephanie Way, Minden, Nevada. Paula hopes that, in lieu of flowers, people will consider donations to Impact Women at https://www.impactwomennv.com/story, the American Cancer Society, or the charity of one's choice.