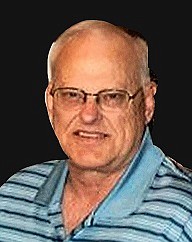 James "Jim" Esta Proctor, 74, of Little Rock Arkansas formerly of Ottumwa, Iowa passed from this life on June 26th, 2020. He was born March 3rd, 1946 in Ottumwa, Iowa to Esta and Doris Proctor. He married Leeann Marshall August 12th, 1967 and was married 31 years until her passing, January 23rd, 1998.
Jim was a graduate of Ottumwa high school and William Penn University in Oskaloosa, Iowa. He worked at Proctors' standard oil gas station, a family business for many years until its closing. He had also worked at Heartland industrial laundry until his retirement. Jim was an active sports fan and enjoyed many activities such as golf, bowling, poker, going to the casino and playing bridge at the Little Rock Duplicate Bridge Club.
He was preceded in death by his parents, Esta and Doris Proctor, and his wife, Leeann Proctor. Jim is survived by his children, Tara Proctor of Oskaloosa, Iowa, and Jamie (Eric) Howe of Agency, Iowa; a granddaughter, Kirynn Clay of Jefferson City, Missouri; and a special friend for the last 15 years, Karen Anderson of Little Rock, Arkansas.
The family will have a graveside burial in Ottumwa, Iowa at a later date. No local services are planned at this time. Memorials in Jim's memory may be made to the Little Rock Duplicate Bridge Club, 7415 Indiana Ave., Little Rock, Ark. 72207. Arrangements by Little Rock Funeral Home, (501) 224-2200. Sign Jim's online guestbook at www.littlerockfuneralhome.com.