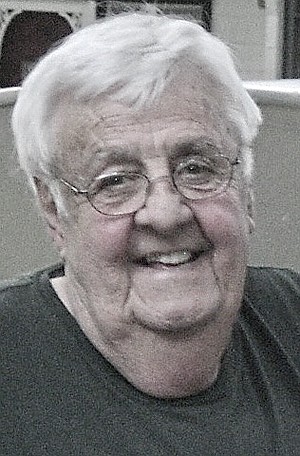 Benny Royce Huie passed away peacefully at his daughter's home in Orlando, Florida on July 4, 2020 surrounded by his wife and family. Benny was born in Bird Township, Conway County, Arkansas on February 5, 1932 to Cleo Bennett Huie and Arthur Huie. He was raised from age 3 by Leon Cowan whom he considered a father. Many of his early years were spent with his grandparents, Richard J. and Louella Bennett on their farm on Dutton Mountain. These fond memories of living with no electricity, plumbing or any modern conveniences were the source of many stories that Benny told and wrote about in his retirement years.
Benny attended school in Morrilton and Plumerville, Arkansas until age 15 when he transferred to Kemper Military School and College in Boonville, Missouri. He attended Kemper through his first two years of college. After a brief stint at the University of Arkansas, Fayetteville, Benny joined the United States Air Force during the Korean War and served four years. His stories of Goose Bay, Labrador in the far north of Canada where he was stationed for one year entertained many. After the military he obtained a BA from State Teachers College of Arkansas (University of Central Arkansas) in 1958.
Benny ended his military service at Stead Air Force Base in Reno, Nevada, where he met his love and life partner, Betty Ann Cassas. They married on June 18, 1955 in Reno and recently celebrated their 65th wedding anniversary. While in Reno, Benny worked for AAA Insurance of Nevada for 10 years. Benny and Betty lived in Plumerville, Arkansas off and on for 35 years during which he and Betty owned and operated a small grocery store, as well as Cowan's Furniture Store. Benny later finished his working career as a sales representative for the H.T. Ardinger Company, servicing florist throughout the State of Arkansas until retiring and moving to Indiatlantic, Fla. and later Orlando, Fla. to be closer to their granddaughters.
Benny was active in Lions Club International in Nevada and Arkansas, serving as District Governor in Arkansas. He was a co-founder of Plumerville Homecoming Days, as well as a founding member of The Our Town Players, a thespian group based in Morrilton, Ark., that frequently performed at the lodge on Petit Jean Mountain. He also served on the Plumerville City Council. Benny enjoyed fishing and woodworking throughout his life, building a Teardrop Trailer from scratch for his and Betty's trips around Florida. He was an avid writer later in life and left a wonderful book of lifetime memories which his family will cherish for generations.
Benny touched many lives and was a mentor to family and friends, many of whom have said that they would not be where they are without his example, guidance and love for life. In the end he was best known for his silly, wonderful sense of humor, his deep love for his wife Betty and his family (and Honey Nut Cheerios).
Benny was a lifelong active member of the Church of Christ, most recently attending Concord Street Church of Christ in Orlando. He is survived by his wife of 65 years, Betty, his daughter, Becca Sloan (Charlie) and two granddaughters, Shelby Sloan (Chris) and Allie Sloan, all of Orlando, Fla.
Memorials can be made in Benny's name to the Southern Christian Home, 100 Harding St., Morrilton, Ark. 72110 or online at schome.org/donate/.