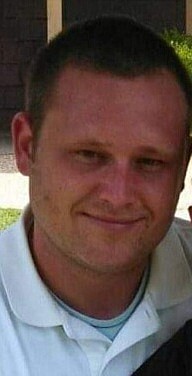 Royce Allen McNames of Garfield, Ark., unexpectedly passed away Tuesday July 7, 2020 at the age of 32. Royce was born in Rock Springs, Wyoming on July 16, 1987. He grew up the youngest of eight in Northwest Arkansas, the son of Richard and Shirley McNames. In 2010, Royce welcomed the greatest joy of his life, a son Landen McNames into this world. Landen is Royce's greatest accomplishment and greatest love. Royce loved to spend his free time with family and friends, talking and reminiscing about good times. He also enjoyed working on his silver Dodge Ram truck with his father. Royce worked throughout the community on many projects and enjoyed helping others. He was an avid Christian and spent much of 2019-2020 studying Gods word and learning how he could improve upon his life and make a difference for himself and others.

Royce is survived by his son, Landen McNames; his parents, Richard and Shirley McNames; his birth mother and step father, Teresa and Larry Medhaug; his brother, Christopher McNames, his wife Jodie McNames and their four children; his sister, Jennifer Pianalto, her husband Cole Pianalto and their two children; his sister, Andera McNames and her 3 children; his cousins, Jared Lasch and Christina Carter. He is preceded in death by his uncles, Curtis Lasch and David Lasch.

Royce will be cremated, and a memorial will be held in his honor later this year. The family is incredibly grateful for the condolences, and appreciates the continued thoughts and prayers. Online condolences www.WestfieldChapel.com.