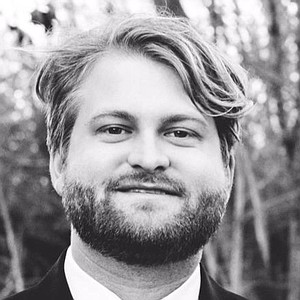 Wilkes Danner East, 35, of Marion, Ark., passed away on July 7, 2020. Wilkes was born April 26, 1985 in West Memphis, Ark.,to Michael Dennis "Denny" and Baylus Stuckey East. He is survived by his parents, his brother Michael Dennis East, Jr. (Jodi), his niece Mary Elizabeth and his grandmothers, Gloria Cline East and Rowena Bond Stuckey. He was preceded in death by his grandfathers, Harry Delano East, Sr. and Samuel Hilter Stuckey, Sr.

Wilkes was a member of Marion United Methodist Church. He graduated from Marion High School in 2003 and from Arkansas State University in 2008 with a Bachelor of Science Degree in Agricultural Business. He was a member of the Kappa Alpha Order. Wilkes shared a great love of travel and adventure with his father. He began seriously pursuing this passion during his college years. He and his brother participated in a summer college exchange program in Brazil, studying Brazilian agriculture and the Portuguese language while living with a local family. Another semester Wilkes served on a 14 member crew aboard an 88 foot schooner as part of the Sea-mester program. He spent 80- days sailing round-trip between the British Virgin Islands and Grenada in the Lesser Antilles.

Wilkes continued to explore and immerse himself in other cultures after college by teaching English in South Korea and traveling through Southeast Asia. He enjoyed the people he met as well as his travels and stayed connected with friends all over the world. Returning to Arkansas, Wilkes worked in various agricultural and construction related fields, spending several years in his family's cotton business. In recent years, Wilkes was proud to work with his brother and partner in two start-up companies in Marion.

Wilkes was loved by his family and many friends who will especially remember his smile, sense of fun, gentle spirit and kindness. They will remember what a good uncle he was to Mary Elizabeth, who never failed to make him smile. His favorite times remained the same through the years: the annual family ski trip to Colorado and lake weekends with family and friends.

A graveside funeral service will be held at 10 on Tuesday, July 14th at the Crittenden Memorial Park Pavilion. In compliance with the Arkansas Department of Heath guidelines, social distancing will be observed. In lieu of flowers, memorials may be made to Marion United Methodist Church, P.O. Box 389 Marion, Ark., 72364 or to a charity of your choice. Online condolences can be made at www.rollerfuneralhomes.com/westmemphis.