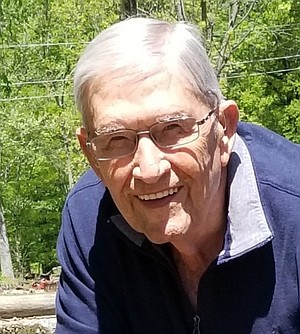 Dale Lee Roy Kegley, 88, of Jonesboro passed from this life Tuesday, July 21, 2020, at NEA Baptist Hospital in Jonesboro. He was born to the late Lee Roy and Lela Kegley on November 27, 1931, in Campbell, Mo.

Dale has resided in Jonesboro since 2011 after coming from Cabot. He was a member of the First Baptist Church in Lonoke. He began a long tenured career with White River Production Credit Association in Corning in the early 1960s and retired from Newport in the early 1980s. He loved working with farmers and was never afraid to get on a tractor in his suit and tie. He served on the school board in Corning for years, managed the hot and humid hamburger stand on the 4th of July, could detail a car like no one else…every Saturday morning, and with his endless patience pulled many a teenager behind a skiboat at the lake. After his retirement he spent a decade in the car business selling cars and in the finance department. In his later years, he enjoyed driving cars for dealerships. He said the best thing about the car business was "seeing someone get a new car". Dale loved spending time camping at Norfork Lake. He was an avid sports fan who loved watching the St. Louis Cardinals baseball and Razorback basketball. He spent countless hours watching his grandkids and great grandkids play sports. Dale was known by so many as "Daddy Dale" and will be missed dearly.

In addition to his parents, Dale is preceded in death by his brother, Gale Kegley, and an infant brother.

A graveside service will be at 10 a.m. Friday, July 24, 2020, at Mitchell Cemetery in Greenway, Ark., with Mike Smith officiating. For lasting memorials, the family request in lieu of flowers a donation to a charity of your choice in his honor.

The family would like to say a special thanks to the Interventional Radiology Department of NEA Baptist for all the care and support they have provided over the past year.