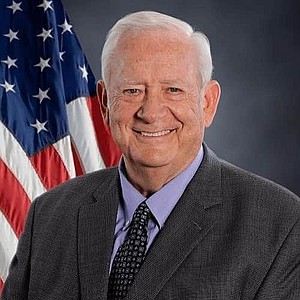 Dr. Herman Horton Ginger, 78, of Pine Bluff, died Friday, July 24, 2020. He was born March 9, 1942 in Pine Bluff, son of Cecil Ginger and Mary Frances Caldwell Ginger. Dr. Ginger was reared and received his early education in Pine Bluff, graduating from Pine Bluff High School in 1960. He earned his Bachelor's Degree from the University of Arkansas at Monticello in 1964. After graduation he went to work for Boeing as an engineer in New Orleans, La. He left New Orleans in 1968 to go to Optometry school in Memphis, Tenn., at Southern College of Optometry. He opened his practice in Pine Bluff July 13, 1972.

He served as a Justice of the Peace for the Jefferson County Quorum Court from 2002 until 2020. During his term of the Quorum Court, he served as chairman of the Finance Committee and the Public Safety/Emergency Services Committee. He also served on the Community Development and Grants Committee and Solid Waste/Recycling Committee.

Dr. Ginger was a long-time member of First United Methodist Church of Pine Bluff and recently became a member of the Pine Bluff Community Band. In his spare time, Dr. Ginger loved to work on various projects in his shop, play musical instruments, sing and spend time with family.

He was preceded in death by his parents.

Survivors include his wife, Suzanne Yeager Ginger, whom he married November 27, 1964, in Fordyce, Ark.; daughter, Amanda Ginger of Pine Bluff; sister, Cecile Andry of Metairie, La.; brother, Dr. Darrell Ginger and his wife, Rebecca, of Fayetteville; granddaughter, Maribeth Howerton of Ruston, La.; and an abundance of nieces and nephews.

Funeral services will be 10:30 a.m., Tuesday, August 4, 2020, in the parking lot of First Assembly of God in Pine Bluff with Reverend Carlton Cross and Pastor Gary Bell officiating. All attendees other than those participating in the service and sitting with the family are asked to remain in their vehicles for the service and listen through the radio on 95.1 FM or follow our webcast on www.RalphRobinsonandSon.com.

There will be a drive through visitation Monday evening from 5-7 p.m. in the parking lot of First Assembly of God. Attendees are asked to greet the family from inside their vehicles during the visitation. Memorials may be made to St. Jude's Children's Research Hospital, Attn: Tribute Department, PO Box 1000, Department 142, Memphis, Tenn. 38148.

Arrangements were handled by Ralph Robinson and Son Funeral Directors of Pine Bluff. Family and friends may leave typed or video messages on the funeral home website, www.RalphRobinsonandSon.com.