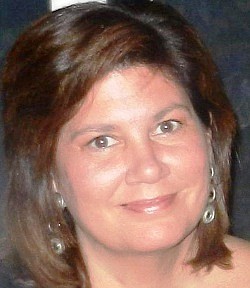 Mary Rebecca Davis, 58, passed away peacefully at home in Conway, Ark. on May 30, 2020. Cholangiocarcinoma took her life, yet she did not lose the battle, facing her cancer with courage, grace, and faith.

Rebecca was born in Little Rock, Arkansas on December 30, 1961, daughter of Milford Herschel Davis, Jr. and Mary Padgett Crockett Davis. She grew up in Little Rock, graduating from Central High School in 1980. She attended Southwestern at Memphis (now Rhodes College) in Memphis, Tennessee, where she earned her Bachelor of Arts in Business in 1984.

After graduation, Rebecca moved to Nashville, Tennessee, to start her career with Prudential/PruCare, working in several different roles from marketing to provider relations. She met and married Tim Cloyd, who was her husband from 1992 until 2009. They moved to Arkansas in 1994, living first in Little Rock and later in Conway. After taking years off to raise a family, Rebecca re-entered the work force again with the United Methodist Church, first in the Central district office, and then the Arkansas Conference office.

Rebecca was involved in many ways that supported her sons, her greatest joys in life. As P.T.O. president, Sunday School teacher, and volunteer for community projects, she also loved cheering her boys on as they played football. An active member of P.E.O., a philanthropic educational organization helping women pursue higher education, she developed many strong friendships with her chapter sisters. Supportive in her family's activities, she was also the gracious hostess to countless Hendrix College events while her husband Tim served as college president.

Rebecca loved to travel, going all over North America and Europe. Rebecca made it to 35 states and hoped to make it to all 50. She had a love for the mountains, relaxing often at her sister's house in western North Carolina. She also had a special love for the ocean, spending time each summer since childhood with extended family at Atlantic Beach, North Carolina. It was there she felt most at peace, surrounded by family, rocking on the porch or sitting on the beach, taking in the sights and sounds of the ocean.

Rebecca loved movies and TV shows of any type, whether it was going to see movies with friends, late nights watching Netflix shows with her boys, or digressing into reality TV shows with her nieces. Her kind and loving nature extended to animals as well as people.

Rebecca is survived by sons, Samuel Davis Cloyd and Cullen Thomas Cloyd of Conway, Ark.; mother, Mary Crockett Davis of Little Rock, Ark.; sister, Rev. Margaret Davis Freeman (James) of Franklin, N.C.; brother, Milford Herschel Davis (Mary) of Tyler, Texas; nieces and nephews, Laura and Bess Freeman, Preston and Harper Davis, and Chloe, Hank and Timothy Hultman. She is also survived by Dr. J. Timothy Cloyd of Springfield, Mo., other beloved relatives, and countless friends. Her family is grateful for all the outpourings of love and care, and for the excellent care provided by all her doctors, nurses, and caregivers. Because she was so loving, so many loved her and will continue to be blessed by her example, her love, and her legacy.

Rebecca will be laid to rest next to several generations of the Davis family at Oakland Cemetery in Little Rock. Arrangements are under the direction of Ruebel Funeral Home. www.ruebelfuneralhome.com.

Due to pandemic restrictions, a celebration of life will take place at a later date. In lieu of flowers, memorials may be given to Rhodes College for scholarships, The Cholangiocarcinoma Foundation for research, or an animal shelter of choice.