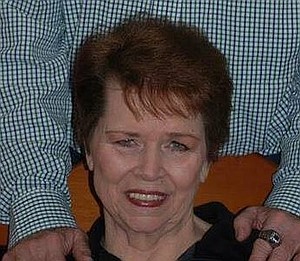 Margrett Louise Dixon, 78, of Jonesboro, passed away peacefully surrounded by family on Sunday, June 14, 2020 at St. Bernards Medical Center.
Margrett was born in Hermondale to Preston and Louise Knipple Lawrence. She attended and graduated from Armorel High School, and later graduated from Arkansas State University in Jonesboro with a Bachelor's degree in Education. She met her husband, Jim, at Kream Kastle. After dating for only three and a half months, Margrett married Jim at Armorel Baptist Church in 1965. In 1984, she and Jim moved to Texas. Jim had a coaching job and Margrett was always a valuable asset to the program by keeping score and she enjoyed going to all of the games with him. Margrett was a retired teacher, having taught at Blytheville School District for 13 years. She was an educator for a combined 26 years in both Arkansas and Texas before her stroke in 2000. She fought the pain for 20 years. Margrett loved to read and her dogs were her pride and joy. While in Texas and before her stroke, she enjoyed gardening and playing with her goats. Margrett loved her family and enjoyed hosting family get togethers. Margrett was dearly loved by all of her family and friends.
She was preceded in death by her parents; and two brothers, Larry Lawrence and Preston "Sonny" Lawrence. Margrett leaves her husband of 55 years, Jim Dixon of the home; three brothers, Robert Lawrence (Sandy) of Springville, Tennessee, David Lawrence of Blytheville and Glenn Lawrence (Kathy) of Blytheville; three sisters, Faye Pate (Jay) of Blytheville, Kay Muir (Rick) of Jonesboro and Peggy Meatte (V.R.) of Blytheville; and a host of nieces, nephews, great nieces and nephews and great-great nieces and nephews.
A memorial service will be held Friday, June 19th at 11 a.m. at Armorel Baptist Church with Bro. Jerry Parker and Rev. John Wofford officiating. The family will receive friends from 10 a.m. until service time at Armorel Baptist Church. In lieu of flowers, the family requests memorials be made to the Northeast Arkansas Humane Society, 6111 East Highland, Jonesboro, Arkansas 72401. Condolences may be expressed to the family at www.cobbfuneralhome.com.