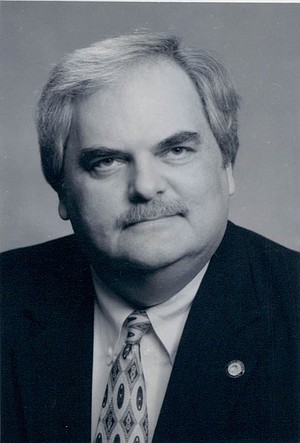 Elmer J.R. Thomas, 67, of Searcy, Ark., passed away peacefully on June 21, 2020 in Little Rock, Ark., after a long battle with cancer. JR, as he was known to most, was born on July 3, 1952 to the late Elmer Jackson and Lola Crain Thomas in Grants Pass, Ore.
JR grew up in Searcy, Ark., and was a member of Searcy First Baptist Church where he sang in the choir for many years. He was a 1971 graduate of Searcy High School and a 1988 graduate of the FBI National Academy in Quantico, Va.
In 1970, JR met Dianne Sims of Searcy, Ark., and they went on to wed in 1981, having two children Amanda and Jai.
JR served the citizens of Searcy and White County and the State of Arkansas with a distinguished career in law enforcement beginning in 1977 as a police officer in Searcy, Ark., eventually serving 18 years as Chief of Police. He went on to work as the Director of Tobacco Control for Arkansas from 2007 to 2015 and served on numerous boards. Throughout his career he was known for his compassion and desire to help people. It was especially important to JR to get out in the community to form relationships with the citizens he served.
JR enjoyed acting in and attending theater, music, art, golf, fishing, grabbing a cup of coffee with friends, and in retirement enjoyed watching animals in his backyard while smoking his favorite cigars.
JR is preceded in death by his parents Elmer and Lola Thomas. He is survived by his wife, Dianne Thomas, his two children Amanda Thomas McClish, Jai Thomas Ratliff, sons-in-law Shawn McClish and Steve Ratliff, grandchildren Keely and Carson McClish, and Ryan Ratliff.
A celebration of JR's life will be held on July 3, 2020 from 6-8 p.m., in the Searcy First Baptist Church Family Life Center. Masks and social distancing will be observed. In lieu of flowers the family requests that honorariums be made to a favorite cancer association. Arrangements entrusted to Powell Funeral Home of Searcy. www.powellfuneralhome.net.