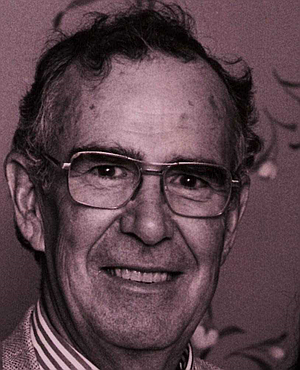 Jerry E. McConnell, 92, died Thursday at this home in Greenwood. He was born in the Cornish community in what is now part of Fort Chaffee and attended Greenwood schools where he excelled in academics, football and basketball. He was offered a full football scholarship to the University of Arkansas but enlisted in the U.S. Army. Jerry returned to the U of A in 1948 after discharge from the service, where he majored in journalism and graduated in 1951.
A life-long journalist, Jerry worked as a sports and news reporter at the Arkansas Gazette and the Arkansas Democrat in Little Rock. Sports editor Orville Henry put Jerry in charge of the Arkansas Gazette's coverage of high school sports and McConnell began the state's first listing of top track and field performances, one of the first in the nation, and later helped create the Meet of Champions in 1958. In 1995, Jerry was elected as a charter member of the Arkansas Track & Field Hall of Fame.
In 1971, Jerry became managing editor of the Arkansas Democrat; and later became president of the Arkansas Chapter of the Society of Professional Journalists, Sigma Delta Chi, became a member of the U of A Dean's Advisory Committee on Journalism; and served on the Arkansas Sports Hall of Fame board.
In 1978, Jerry moved west to become the executive sports editor of the Daily and Sunday Oklahoman and the Oklahoma City Times in Oklahoma City. During his 13-year tenure, he broke the story about the battle over the NCAA's control of college football television rights and covered the story all the way to the U.S. Supreme Court. He covered two Olympic Games--1984 in Los Angeles and 1988 in Seoul, South Korea. In 1996, he ran the working press room in the Main Press Center of the Olympic Games in Atlanta. In 2003, Jerry was inducted into the Lemke Journalism Alumni Society's Hall of Honor at the U of A.
In 2005, Jerry was asked to direct the oral history project on the Arkansas Democrat and the Arkansas Democrat Gazette. At the age of 88, Jerry McConnell published through the Arkansas Press the book, "The Improbable Life of the Arkansas Democrat: An Oral History."
Jerry retired to Greenwood with his wife Jo in 1992 where he quickly became involved in the community. Jerry was a founding member of the Greenwood Education Foundation, serving as president for five years. He was honored as a Distinguished Alumni by the Foundation. He was proud to be an Arkansas Traveler and supporter of President Bill Clinton.
Jerry was predeceased by his wife of 66 years, Jo McConnell; his daughter, Kevin Riley of Fort Smith; and his brother Larry McConnell of Greenwood.
He is survived by his son, Mike McConnell of Seattle, Wash.; one sister, Joicie Gilbreath of Greenwood, two grandchildren, Jerri Riley and Dylan Riley of Fort Smith; a devoted team of caregivers; and a host of life-long friends.
A celebration of the life of Jerry McConnell will be held a future date. Cremation is under the direction of McConnell Funeral Home of Greenwood.
In lieu of flowers, please support a charity of your choice or give to the Joe Biden for President campaign.