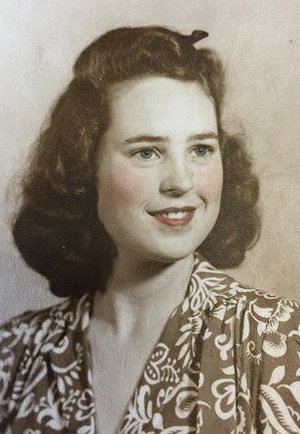 Mary Howle Cobb. Mary transitioned from this world on March 24th 2020, at age 97. Mary was born in Heflin, Alabama in 1922. She was the youngest of 12 children. The daughter of a state senator, she grew up in a community of politics with her family's front porch acting as a voting precinct. Mary was an athlete and excelled in sports. Against the wishes of her father, her mother would help her sneak out to play basketball games. She grew up during the depression and the Second World War. It was during the war that she met an Army officer named Robert Cobb at Ft. McClellan in Anniston, Alabama. She and Bob later married in 1945. They relocated to Arkansas and both worked at Lion Oil in El Dorado. Bob taught Mary how to play golf and she had a natural talent for the game. She had a lifetime of competitive golf winning several club championships at several clubs. Mary most notably won the club championship at Cabot Rolling Hills at age 65. We are sure Bob had a tee time for their reunion in heaven for the first of many rounds of golf together again. Mary worked at Remington Arms in Lonoke until her retirement. She was a member for many years of St. Luke's Episcopal Church in North Little Rock. Mary is survived by her only child Stephen, and his wife Mary, Granddaughter Katelyn and husband Caleb, and Great Grandchildren Benjamin, Annabelle and Jonah.

The family will welcome friends and family at a reception to be scheduled at a future date. Her family gives a special thank you to the staff at Elmcroft of Sherwood and Lakewood Nursing for their care and affection for Mary. To share a memory of Mrs. Cobb with her family visit www.griffinleggettresthills.com.