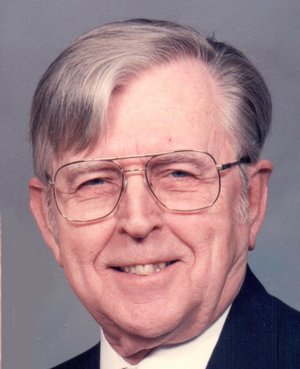 Wallace Arthur Dressler, 97, longtime resident of Rogers, passed away peacefully on March 21, 2020. He was born on March 14, 1923, in Chicago, Illinois, to Robert and Josephine Dressler.

Wally enlisted in the Army Air Force one month after the attack on Pearl Harbor. Though keen to follow in his older brother Bob's tank tracks through Normandy, he was assigned stateside to the 650th Army Air Force Band of Presque Isle, Maine, where he "fought with a saxophone."

Music was his lifeblood. Wally played in big bands from coast to coast, most enthusiastically right here in Northwest Arkansas on bari sax in the Doc Sisco Orchestra and Jack Terry Big Band.

Wally was preceded in death by his wife of 56 years, Charlene (née Fail). Wally is survived by his sons Neal and Roger (Carroll) and granddaughter Sarah.

The family will be holding a private burial in Rogers Cemetery.