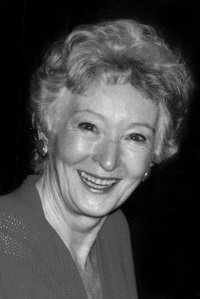 DEANE REID WOODWARD, 87, of Little Rock passed from this life on May 6, 2020. She was born September 3, 1932 in Little Rock, Ark., to the late Dr. Ned and Ruth Reid. Deane grew up in Little Rock where she would often ride the streetcar from West Little Rock (Normandy Street) to Hillcrest to visit her grandparents. She attended Little Rock High School. Deane had a love of pets that included many family dogs along with a monkey and even a skunk named Petunia. She attended the University of Arkansas at Fayetteville where she met a cute law student, Joe Woodward. They married in 1952, and after briefly living in El Paso, Texas and Charlottesville, Va., they made their home and raised their two sons Reid and Davis in Magnolia, Ark. Deane and her husband were devoted members of First United Methodist Church in Magnolia and were active in the community for over 60 years.
Their second family was the WADs. The Woodwards, Atkinsons and DeLoaches grew up together on the same block and all were life-long best friends. As their children reached adulthood and moved off, mandatory WAD reunions were held for many years. The WAD mothers usually achieved 100% attendance. Deane moved back to Little Rock in 2017 where she enjoyed time with childhood friends, bridge, and weekly dinners with her grandchildren.
She was always an active, fun, sassy, popular and very stylish lady, but her crown jewel in life was being honored with the title "Best Grandmother Ever" for 30 years in a row.
In addition to her parents Deane was preceded in death by her husband of 64 years, Joe Woodward. Survivors include her sons Reid (Nancy) Woodward of Magnolia, Davis (Becky) Woodward of Hot Springs, four perfect grandchildren, Blair (Henry) Printz of Evergreen, Colo., Joe Woodward III of Little Rock, Olivia (Sam) Davies of Little Rock, Stonewall Woodward of Horn Lake, Miss., the WAD's and a host of other family and friends.
Memorial services will be Thursday, May 14, 2020 at First United Methodist Church in Magnolia. Due to the current health situation, services will be streamed live on Facebook. Memorials in Deane's memory may be made to First United Methodist Church of Magnolia, 320 W Main St, Magnolia, Ark., 71753, or Arkansas Children's Hospital, 1 Children's Way, Little Rock, Ark., 72202.
The family would like to thank the staff at Woodland Heights and Baptist Hospice for the tender care given to Deane.
Arrangements by Little Rock Funeral Home, 8801 Knoedl Ct., Little Rock, Ark., 72205. (501) 982-2136. Sign Deane's online guestbook at www.littlerockfuneralhome.com.