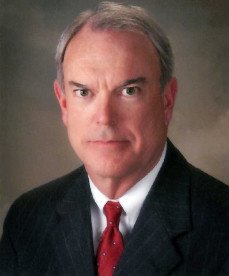 John Edward Newton, age 65, died following a short illness on Friday, May 22, 2020, in Russellville. He was born on March 7, 1955, to James and Martha Newton in Russellville, which he called home his entire life. He was a graduate of Russellville High School and a 1978 graduate of the University of Arkansas where he was a proud member of the Sigma Alpha Epsilon fraternity. The day following graduation from the University he returned to Russellville and helped his father run Newton Tire Company for many years. After selling Newton Tire in 2002, John was a very successful real estate broker.

His greatest pride was first and foremost his family, closely followed by his network of friends and the Arkansas Razorbacks. He took his Mother to lunch every Thursday for over 20 years until the pandemic prohibited it. In order that his children would never question their college destination of Fayetteville, John took Morgan (3 years old) and Michael (1 month old) to the grand opening of Bud Walton Arena. He once drove late at night from Russellville to take Morgan the right shoes for an event she was to attend in Fayetteville, and he went in a blinding snowstorm to bring her home when she was sick with the flu. He was happiest watching the Razorbacks with his family or going with Michael on guy-trips to watch the Green Bay Packers at home and other sports events that happened to pop up on the way, or an orchestrated tour by Michael on Father's Day of barbeque restaurants in Arkansas, or trying to spoil his first Grandchild, William. John coached T-ball, youth baseball and soccer. He was a loyal member of the Lions Club, was a Red Coat and a member of the Chamber of Commerce all his adult life and served on the University of Arkansas Alumni Foundation. John never met a stranger and always remembered their names, was a walking history of friends, family, and events in Russellville, as well as every sport imaginable. He was a member of First United Methodist Church.

The family wishes to express their gratitude to all those who showed their love for John and concern for his health. Special thanks Dr. Lee Archer (UAMS), Dr. Bob Thurlby and Dr. Alan Kirkland (Hospice Russellville), and Dr. Kevin Beavers and Dr. Tony Davis and the Staff of Hospice Russellville for their tender and very professional care.

A private family graveside services for immediate family will be held. Arrangements by Shinn Funeral Service of Russellville. Online guestbook and condolences are available at www.shinnfuneral.com. A Memorial Service will be held at a later date when the pandemic threat subsides.