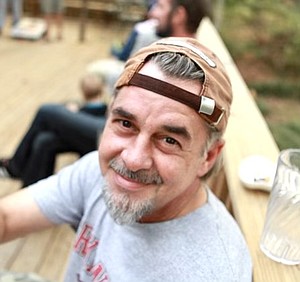 ISTVAN BELA LEHOCZKY, III, known to all as "Pista", 59, passed away on Wednesday, November 4, 2020 after complications from a stroke. He was born in Orange, Texas, October 22, 1961. He was preceded in death by his father, Istvan "Steve" Lehoczky. He is survived by his mother Carolyn Lehoczky, daughter Aniko Lehoczky, brother Tas Lehoczky (Anouska), sister Emese Boone (Collin) and nephew Elek Boone.
Pista went to school in the US and Hungary and later lived in Hungary where he played soccer. His talents were endless and he mastered everything he tried from soccer to painting, cooking, guitar, karate, ping pong, fishing and pool. He had a photographic memory and a genius mind. His infectious spirit made him a friend to everyone he met and he will be greatly missed by all.
In lieu of flowers, we have set up a college fund for his daughter in his honor. Donations can be made at www.gofundme.com/aniko-lehoczky-college-fund.
https://assets.grammarly.com/emoji/v1/1f628.svg.
No service has been scheduled at this time.
Arrangements are under the direction of Ruebel Funeral Home, RuebelFuneralHome.com.