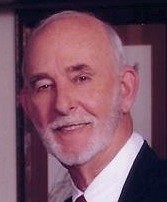 Billy "Bill" Ray Lusk, age 91, went home to be with the Lord on Monday November 16, 2020. Bill was born in Hazen, Ark., in 1929, to Grace and James Ray Lusk. After High School, Bill and his brother, James, joined the Arkansas Air National Guard during the Korean War. Both he and his brother were deployed to Washington State, and Oregon, where they served in a radar group division.

After the military, Bill and his wife moved back to Little Rock and he opened Lusk Mobil Service Station and Sportman's Headquarters Sporting Goods store. The Mobil Station was the only four-bay gas station in Little Rock at the time and was located along Cantrell Road on the western edge of town; Sportman's Headquarters was next door. Through his 25 years of operations he made a lot of friends and developed a loyal following of customers. Bill had a real entrepreneurial spirit and he would go on to be involved in numerous businesses. In the early seventies, he started Razorback Insulation Company and his trucks proudly displayed the Razorback mascot on the side long before colleges started requiring that you be granted a license to do so. Bill was also in the home building business, partnering with L.A. Stanfill (Lusk-Stanfill Construction) and later with Johnny Price (Lusk-Price Construction). He partnered with Milton Goodwin in two Redi-Go Drive-ins known for their Steak Sandwich and great food. Bill was also half owner of Cantrell Garage also located on Cantrell Road. Bill loved to buy and sell land and he also built and operated several retail centers in Little Rock and Maumelle.

When Bill reached the age of 50, he sold his Mobil station and began a new lifestyle doing what he ended up loving so much, which was spending time on his farm and wood carving. In 1984, Bill met professional carver R.D. Wilson who would become his carving mentor. Learning from R.D., and honing his carving skills, Bill would go on to become an accomplished wood carver winning numerous awards. He donated many of his carved ducks to Ducks Unlimited and that is where he met Rollie Remmel, aka "Papa Duck". Bill and Rollie hit it off from the beginning and they collaborated to produce the "Rollie Stick". Rollie would find interesting sticks and then Bill would carve, paint, and add duck heads to the top. Rollie would either auction, or present as gifts of honor, these Rollie sticks to people from all over the country. Bill's younger son, who is now a retired airline pilot, once stopped a man in the Memphis International Airport and asked him where he got the Rollie stick that he was holding. The gentleman replied that it was presented to him at a DU event the night before in Little Rock and he was traveling back home to Canada. Turned out that man was the Chairman of Ducks Unlimited of Canada. Bill and Rollie presented sticks to Presidents Clinton and Bush, Vice President Cheney as well as several Governors from various states. Bill once carved a Quail at the request of Rollie and Rollie then told Bill that he was going to present it to "Mr. Quail" and that he wanted Bill to be present. Bill balked at coming to the event as he usually did preferring to take a back seat role, but Rollie insisted on his attendance. Mr. Quail turned out to be Vice President Dan Quayle.

Bill spent his summers on his farm and the winters in his shop turning out ducks and birds always saving his award-winning pieces for family members. Bill was part country boy, part city boy and was a man's man who had many friends whom he loved. He was as honest as the day is long and he loved and took great pride in his family, especially his two sons.