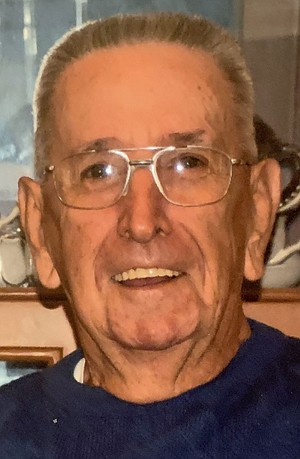 Wes was born in Fayetteville, Ark., on October 29, 1937 to Richard Lee Holt, Sr. and Minneford Holt. He came from a very large and close-knit family. Wes was a loving and caring man. Family and those he considered family were always of great importance to him. The Holt family reunion was something he looked forward to each year.

Wes proudly served in the United States Air Force for 21 years from 1957 until retiring on August 31, 1978 as a Technical Sergeant from Tinker Airforce Base. He returned to Fayetteville and began a long career at AR Western Gas (AWG), working his way up to Manager of Vehicle and Facilities Maintenance. He oversaw all voice data, radio, and communication systems. He retired from AWG in January of 2000, after 21 years of service. Wes also enjoyed going to the University of Arkansas to usher all the different sporting events, eventually becoming a supervisor. He participated in the ushering program for over 30 years and had a great sense of pride for the University and the Razorbacks. He lived in Fayetteville until he and Barbara moved to Gentry in 2010. Wes enjoyed the small community and kept ties in Fayetteville as well.

He is preceded in death by his parents, three brothers, one sister and Barbara D. Holt, his loving wife of 59 years.

He is survived by four children: Marta Holt, Joelle Holt and husband Kelly Bradford, Wes Holt and wife Brooke, and Charles and wife Michele. He has four grandchildren and one-great grandchild: Joseph Holt, Sierra and husband Brock Amedee, Jamie Holt, Jaxson Holt, and Scarlett Amedee. He is also survived by a large extended family and friends he considered family.

Due to COVID there will be no funeral service at this time. He will be buried at Fayetteville National Cemetery with his loving wife. In lieu of flowers or donations the family would like to encourage everyone to practice social distancing and wear masks. Know that having your loved ones in your hearts is just as important as being physically close to them right now.