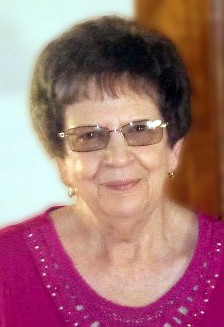 MaryAnn Davis, 77, of Crossett, died November 20. She was born on August 9, 1943, to her parents, Albert Clyde, I, and Zelma Alexander McDonald, and lived in Crossett most of her life. She was a 1961 CHS graduate, and a Meridian Baptist Church member.

In 1962, she married her best friend, Franklin Eugene Davis, and soon began the adventure of motherhood, raising their two sons, a role for which she was most suited due to her caring but headstrong personality. In her early years, she worked at a Little Rock radio station as a disc jockey named "Sweet Georgia Brown". Soon she and Frank moved to Crossett, where she worked as the secretary for Safeway Grocery Store, was a telephone operator, and eventually a mail clerk for the U.S. Postal Service, where she retired after 25 years of service. MaryAnn's passions were reading books and cooking for her family. She and Frank owned and operated "The Book Nook" for several years, and she always took great pride in teaching her children and grands to cook. Even at an early age, she enjoyed cooking, even winning the title of "Miss Betty Crocker" while in high school. She enjoyed trips with friends to the casinos and volunteering for the "Friends of the Library," where she gave not only donations but shared her delicious baked goods and her time. MaryAnn adored her family and strived to teach each of them about Jesus Christ and his love.

Along with her parents, she is preceded in death by her husband of 57 years, Franklin E. Davis, and one brother, Albert Clyde McDonald, II. She is survived by her two sons, Paul Davis (Vicki) of El Dorado, and Chris Davis of Crossett; six grandchildren, Misti Jackson also of Crossett, Dillon Davis of Jacksonville, Fla., Madison Davis, of Jonesboro, Nicholas Davis of Cabot, and Brandon Johnson (Casey) and Shawn Johnson both of El Dorado; along with eight great-grandchildren. A Celebration of Life Service will be held at 2 p.m., Monday, November 23, at Medders Funeral Home, 1564 Hwy 52 W, Crossett, with Bro. Garry Massey, officiating, followed by interment at Carlock Cemetery under the direction of Medders Funeral Home. Pallbearers are Shawn and Brandon Johnson, Dillon and Nicholas Davis, Tim Green, and Rock Jackson. Honorary pallbearers are Connor Jackson and Alex Johnson.

Visitation will be from 1-2 p.m., at the funeral home prior to the service.

In lieu of flowers, donations may be made in her honor to the "Friends of the Library."