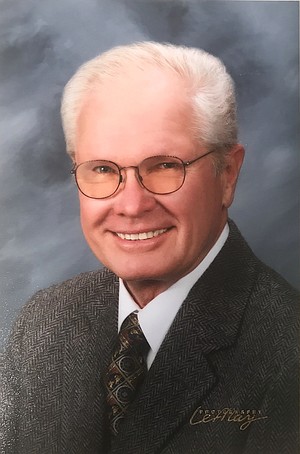 Dr. Lamar Williamson Riggs, age 81, died peacefully at his home on November 22, 2020. He was born on January 12, 1939 in Little Rock, Ark., to Martha Williamson Riggs and John A. Riggs, Jr. He was preceded in death by his parents, Bob Cress, Hayes McClerkin, Norma Riggs, as well as the love of his life, Linda Garner Riggs. He is survived by sons Jason T. Riggs and Jeffery W. Riggs, brother, Jack Riggs (Lila), sister, Lee Cress, sister, Lil McClerkin, Judith A. O'Donnell, as well as numerous nieces and nephews.
Lamar attended Little Rock public schools and graduated in 1956 from Little Rock Central High. He attended Davidson College where he graduated Cum Laude in 1960. After college, Lamar spent two years in the U.S. Army rising to the rank of First Lieutenant as a Battery Executive Officer.
Following his discharge from the Army, Lamar started his journey in the medical profession. He attended the University of California, Berkeley (Pre-Med), and graduated from Johns Hopkins University with his M.D. in 1968. Lamar completed his postgraduate training in Internal Medicine at Ohio State University Hospital and his residency in Critical Care at the Massachusetts General Hospital in Boston, Mass. Lamar was Board Certified in Internal Medicine, Anesthesiology, and Critical Care Medicine; he was fond of saying three Boards were enough!
Following his time in Boston, Lamar moved to Webster, N.H., and founded Concord Internal Medicine (located in Concord, N.H.). After retirement, he moved to Meredith, N.H., and enjoyed his time at Lake Winnipesaukee. In 2008, at the urging of friends and family, he moved back to Little Rock.
The family wishes to thank Arkansas Hospice as well as Lamar's caregivers who provided such loving care for him over the past few years: Shawnda Washington, Kendra Campbell, John Hughes, Bryan Vault, Sherrita Campbell, and Ernie Brooks. The family especially want to thank Malise "Mo" Perrilliat, his beloved friend and caregiver, and her dog Lucy, who Lamar always referred to as his grand dog.
Due to COVID-19 restrictions, services will be held at a later date for family only. In lieu of flowers, the family requests that donations be made to the Arkansas Symphony Orchestra (arkansassymphony.org) or the Arkansas Hunger Relief Alliance (arhungeralliance.org). Arrangements are entrusted to Ruebel Funeral Home. To sign the online condolence book, please visit RuebelFuneralHome.com.