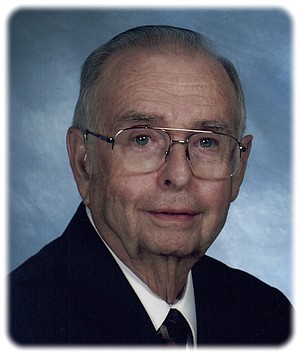 Ed was a pharmacist who owned and operated Clark's Drug Store on Front Street in Conway from 1964 to 1979. He was an accomplished woodworker building various furniture projects through the years that are now proudly owned throughout his family. Ed was a longtime active member of the First United Methodist Church in Conway. He served on several church committees and boards throughout the years. Ed enjoyed volunteering for his church and was often called on for his woodworking skills. He also enjoyed the outdoors, fishing, caring for his yard and watching his bird feeders.

The family would like to give special thanks to Ridgemere Senior Living (Memory Care Unit) and Kindred Hospice for their care and compassion for our father.

A public graveside service will be at 1:30 p.m, Sunday, October 11, 2020, at Crestlawn Memorial Park in Conway. In lieu of flowers, the family asks that donations be made in his honor to: First United Methodist Church, 1610 Prince Street, Conway, Ark., 72034. Online guestbook available at www.rollerfuneralhomes.com/conway