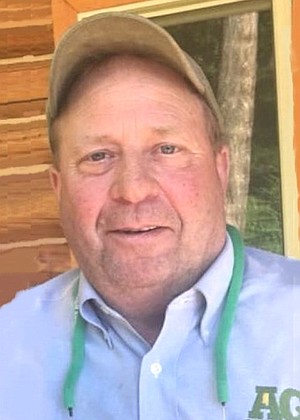 Frank Augustus Pugh, 62, of Portland, died Friday, October 9, 2020, at his residence. Frank was a native and lifelong resident of Portland and a 1977 graduate of Montrose Academy. He was the Owner and Vice President of Arkansas AG and GPS Gin Company and a member of the Portland United Methodist Church. Frank was gifted with the ability to make everyone feel special. He was a friend to all and was blessed with countless friends. Some of his happiest days were spent sailing with his special friend, David Yocum. He loved to travel to the Florida beaches, especially the Grand Tetons. Frank was the happiest ever on the family farm, after all he was a true country boy at heart.
He is preceded in death by his parents, Thomas Robert "Tom" and Elsie Silverman Pugh.
He is survived by his wife, Melissa Brinson Pugh of Portland; two sons, Robert Pugh and wife, Ashley, of Lake Village and Cody Channell and wife, Kristyn, of Ruston, La.; two daughters, Stephanie Pugh Smith and husband, Tom, of Lake Village and Hayley Golden and husband, Billy, of Lacey; a step-son, Blake Morgan of Dumas; a step-daughter, Meagan Johnson and husband, Chance, of England; his brother, Tom Pugh, Jr. and wife, Cindy, of Little Rock; his uncle, Augustus "Bubba" Pugh of Lake Village; five grandchildren, Thomas Pugh, Gus Smith, Adler Golden, Lincoln Channell and Lane Channell and two nieces, Elsie Pugh and Jaclyn Pugh.
Graveside services are 4 p.m., Monday, October 12, 2020, in the Portland Cemetery with Stanton Veazey and Bro. E.W. Ricks officiating. Honorary pallbearers are Mike Adams, George Rutledge, David Yocum, Matt Livingston, Ronnie Berkemeyer, Don Arensman, Perry Wilson and Alvaro Mondragon. Memorials may be made to the Portland Cemetery Association, PO Box 174, Portland, Ark. 71663. Funeral arrangements are under the direction of Jones-Hartshorn Funeral Home of Hamburg, Arkansas. Online guestbook, www.jones-hartshorn.com.
The family will receive friends at their home, 427 Highway 160 East, Portland, Ark. 71663, after the funeral service.