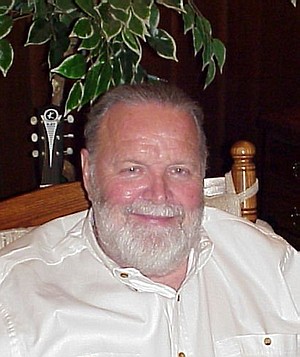 John graduated from Benton High School In 1957, and from Arkansas State Teachers College (now UCA) in 1961. John received a Master's degree in mathematics from Southeast Oklahoma State University. In the fall of 1961 he began his teaching career as a math and science teacher at Port Hueneme High School in Oxnard, Calif. In 1966 the family returned to Benton where he continued his teaching career. In 1967 John became Assistant Principal at Benton High School, and in 1968 he assumed the role of Principal, which he held until 1994. During those years Benton High School, his fellow teachers, and the many thousands of students were always in his heart. He constantly strove to improve the academic quality of Benton High.

John was a hard working man who cared deeply for his family, and who seemed larger than life to so many more. As a hobby John enjoyed building inboard race boats, and built many boats during his life. Many of his family, friends, and former students can attest to John's love for going very fast, with many experiencing a mix of terrified glee as they rode as passengers in the boat, or skied behind. He loved boating, skiing, and camping on the lakes of Arkansas, especially Lake Catherine in Hot Springs, where the family spent time each summer for many years.

A memorial service will be held at Butler Auditorium at Benton High School when the Covid19 pandemic has abated and we can all gather together safely to celebrate John's memory. In lieu of flowers, an academic scholarship fund will be set up in honor of John for a BHS student who intends to pursue higher learning in mathematics and science (STEM). Pallbearers will be Jay Brentlinger, Betty Berry, Ron Mays, Eddie Smith, Joe Kates, Bob Maertens, Joe Caldwell, Allan Yearry, and Mike Perry. Honorary Pall Bearers will be all Benton High School teachers from 1967-1994.