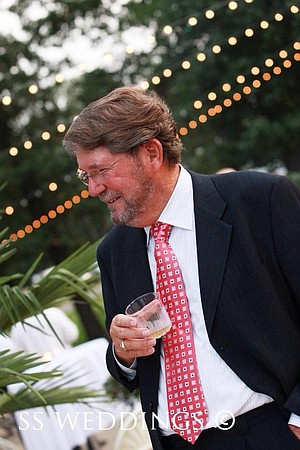 John Porter Price, the second son of Olyn Stephens and Helen Morrison Price, passed away October 13, 2020 in Biloxi, Miss. He was born on October 3, 1940 in Monticello, Ark. After his brother Ben had enjoyed being an only child for nine years, he was given the gift of a baby brother whom he could teach and play with and give advice to, like none other. They spent many hours together, so it was only natural that Ben taught John Porter the love of the outdoors and hunting, hobbies that subsequently led him to the timber industry, following in the footsteps of his father.

John Porter grew up working at his father's transportable sawmill that could be moved from one timber tract to the next. After putting himself through college at Arkansas A&M by cutting pulpwood, John Porter served a stint in the Air National Guard, returning home to work for L. D. Long, first as a logger and subsequently to build a hardwood sawmill. John Porter later purchased the sawmill in 1965 and started his own company at the age of 25 as J. P. Price Lumber Company. John Porter often commented that, although he had a college degree in forestry, he learned more about the timber industry from watching and working for his father and L. D. Long, as well as working among the loggers, deep in the woods of southeast Arkansas.

As he struggled to keep enough logs for his sawmill, it became evident that moving to tree-length logging for pulpwood would provide an excellent source of saw logs. In 1981, he designed, built and operated the Price Drum Debarker that enabled him to merchandise the butts of the larger pulpwood for his sawmill. Not only did this invention eventually become the industry standard, it also changed his company focus from lumber to equipment fabrication and contract wood chipping.

Always the entrepreneur, John Porter then formed Price Industries, Inc., a subsidiary to handle the design, fabrication, erection and installation of chip mill equipment all over the world. From this, John Porter's visionary thinking believed the paper companies would move from their own chipping operations to out-sourcing the wood yards, just as the industry had shifted from company logging crews to contractors. The Price Companies, Inc. was formed and eventually became one of the largest chip producers in the world. John Porter created a culture in this company, that still bears his name, to always take care of the customer. In 2007, John Porter retired to chase his lifetime passion of duck hunting and fishing. For those he mentored in his business life, they all say they are "standing on the shoulders of a giant".

John Porter went on his first duck hunt when he was 11 years old and never lost the love of seeing mallards land in the green timber. In the 1960's, John Porter formed Firehunt Duck Club which is well known today for its management programs for wildlife and for always leaving the land "better than you found it". He had an incredible sense of humor and once he gave you a nickname, it would stick to you for life. He was a prolific reader of books and a philosopher. He said over 20 years ago that 24-hour news channels would be the death of America. Currently, John Porter Price again looks like a visionary.

Riemann Family Funeral Home, Biloxi, Miss., is serving the family. The online guestbook may be viewed, and memorials shared at www.riemannfamily.com.