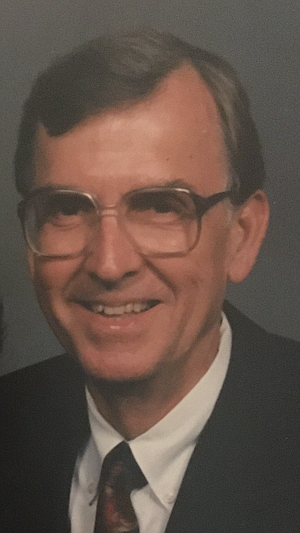 Clovis was born in Malvern, AR, on February 18, 1930. He graduated from Malvern High School in 1947. He went on to work in the oil fields of South Texas for a brief time before enlisting in the U.S. Airforce where he served in Japan during the Korean War. Upon returning to the U.S., he enrolled at the University of Arkansas where he received a B.A. in Business Administration. On March 31, 1956, he was married to Noveta Phariss of Monett, MO. After graduating in 1957, Clovis began his career with Southwestern Bell in the management training program. He retired in 1991 as Division Manager of Operator Services.

Clovis enjoyed tennis and golf and in his younger years was an avid duck and pheasant hunter. He loved passing the time visiting with family, friends, and neighbors; and he was a lifelong, faithful fan of Razorback football and basketball.

Clovis was a faithful husband, father, and friend, always putting family first. His life, which was shaped by his enjoyment of people, his place in the middle of a family of thirteen, his commitment to being a man his God would be proud of, and a career in corporate management, blessed so many as he sought to encourage, lead, and love those placed in his path. He is remembered by many as a true Southern gentleman.

A memorial celebration of Clovis' life will be held on Saturday, October 24th at 10:00 a.m. in the Chapel at Fellowship Bible Church of Little Rock. Visitation will be held at the Buchanan Funeral Home in Monett, MO, on Wednesday, October 21st at 10:00 a.m. with interment to follow at 11:00 a.m. at Spring River Cemetery in Verona, MO. In lieu of flowers, memorials can be made to Fellowship Bible Church, 1401 Kirk Rd., Little Rock, AR 72223 or Downtown Little Rock Kiwanis Club, PO Box 2792, Little Rock, AR 72203. Arrangements entrusted to Buchanan Funeral Home, 301 Euclid Ave., Monett, MO 65708.