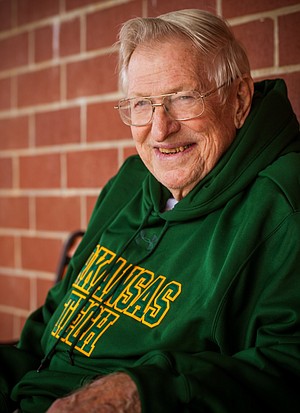 Jack W. McMahan, 88, of Hot Springs, Ark., passed away Friday, October 16th, 2020, surrounded by his loving family.
Jack was preceded in death by his parents, Clyde and Helen McMahan; wives, Carolyn McKenna McMahan and Flora Carson McMahan; and son, Bradford.
An accomplished young athlete, Jack signed with the New York Yankees during his senior year at Hot Springs High (Class of 1952). Jack remained with the Yankee's as a relief pitcher through 1955 when he was drafted by the Pittsburg Pirates.
Jack continued his baseball legacy by coaching the Spas American Legion Team (1965-1974) and as a scout for the Saint Louis Cardinals. When the Cardinals won the 1967 World Series, Jack was awarded a World Series Ring.
Following his playing days, Jack returned to Hot Springs where he and his brother (Major) owned Big J Liquor Store, The Oyster Bar, and Night Train Club in downtown Hot Springs.
Cherishing his memory are his daughter, Dr. Cathi McMahan and partner Lynn Keith of Morrilton; and a host of friends and extended family.
Visitation for Jack McMahan is 1 p.m., Thursday, October 22, 2020 . His Service will follow at 2 p.m., at Gross Funeral Home in Hot Springs. In lieu of flowers, memorials may be made to Arkansas Tech University Foundation for the Jack McMahan Endowed Scholarship at Arkansas Tech University, 1509 N. Bolder Ave. Room 209, Russellville, Ark., 72801 or www.atualumni.com. Condolences and memories may be shared at www.GrossFuneralHome.com