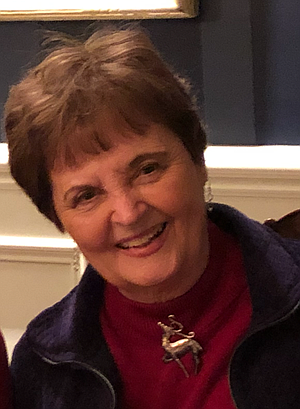 Jeanne Litton King, 80, of Little Rock, passed from this life on October 20, 2020. Jeanne Was born April 2, 1940, in Oak Park, Illinois, to Howard Dale and Jane Nicholson Litton. She was preceded in death by her parents, her husband of forty years, David King; her daughter, Kimberly Jane; and her brothers, David L. Litton and Howard D. Litton Jr. She is survived by her daughter, Kristina M. Clark (Mark) of Norton Shores, Mich.; her son, Kevin S. Coultas of Kalamazoo, Mich.; stepdaughters, Gretchen King Littlefield (David), and Jamee E. King, both of Fort Wayne, Ind. She attended Oak Park River Forest High School, and Illinois State University. Jeanne started working at fourteen in Chicago, as a photographic model for print advertising and television commercials. When she moved to Detroit, she became a model spokesperson for Auto Shows, traveling to many cities throughout the U.S. Her next career was in Real Estate which she practiced in several states and continued to enjoy the rest of her life except for a few years selling newspaper print advertising in Arkansas and California. She was most recently with Cry-Leike Realtors. She won many top sales awards throughout the years. She was a life member of the Multi-Million Dollar Club, as well as being given the Distinguished Sales Award by the Sales and Marketing Executives International, and the Awards for Excellence. She was a member of Highland Valley United Methodist Church, and Alpha Circle. Celebration of Life services will be 3 p.m., Saturday, October 24, 2020, at Highland Valley United Methodist Church, 15524 Chenal Parkway, Little Rock, Ark., 72211. Memorials in Jeanne's Memory may be made to the Arkansas Food Bank, 4301 W 65th St, Little Rock, Ark., 72209, or the Heifer Project International, PO Box 8058, Little Rock, Ark., 72203 with ATTN: Donor Services. Please wear red in honor of Jeanne's memory as it was her favorite color. Arrangements by Smith Little Rock Funeral Home, 8801 Knoedl Ct., Little Rock, Ark., 72205. (501) 224-2200. Sign Jeanne's online guestbook at www.smithfamilycares.com