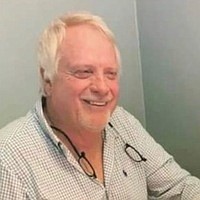 Philip David Steed, age 63, of Jonesboro, formerly of Leachville, passed from this life Tuesday, October 20, 2020, at his home. Born and raised in Leachville, he was the son of the late Billy and Twila Lamb Steed. A 1975 graduate of Leachville High School, Philip attended Arkansas State University in Jonesboro where he was a member of Alpha Gamma Rho Fraternity. He worked for Buffalo Island Seed Co., as well as the Wildy, Hawkins and Jackson family farms in Leachville before becoming active in the aviation industry. He was a corporate pilot and worked at the Jonesboro Municipal Airport, starting as a lineman before serving as manager for over 30 years. He was currently the pilot for First National Bank of Jonesboro and the Rainwater/Cox family. He was a member of Central Baptist Church, an avid Arkansas Razorback fan, a collector of tools and guns and was an award-winning photographer. Philip and his three brothers were featured in "Ripley's Believe It or Not" for all sharing the same birthday-October 27-two, three and four years apart. Philip is remembered for his selfless and energetic personality and his love for his children.

Graveside Funeral Services will be 10:30 a.m., Monday, October 26, 2020, in the Leachville Cemetery with Quinn Thomas officiating. Burial will follow under the direction of Howard Funeral Service of Leachville. Pallbearers include Ryan Steed, Robert Steed, Brian Fulkerson, Joe Harlan, Bill Hubbard, Larry Johnson, Glenn Lovett, Steve Rockwell, Jim Moore and Cameron Boyd. Honorary pallbearers include Jonesboro Municipal Airport Commission, Arkansas Air Center Staff, Leachville High School Class of 1975 and Alpha Gamma Rho pledge class of 1975. In lieu of flowers, the family requests donations be made to the NEA Humane Society. Due to coronavirus and public health concerns, the family has elected not to have a public visitation. The family is also requesting face masks and social distancing at the cemetery. Online guest register at www.howardfuneralservice.com.