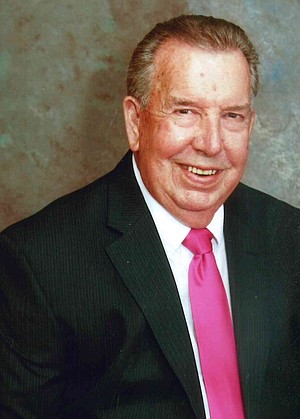 Jerry James Tipton, 79, 0f Sherwood, went home to be with his Lord on Saturday, October 24, 2020, at Arkansas Hospice in Little Rock, Ark., after a short battle with cancer. He was born on May 1, 1941, at his home in the Wagnon Community near Banks, Ark., and was the only child of the late James Clarence Tipton and Carrie Inez Cathey Tipton. He graduated from Banks High School.

Jerry began working at Kroger in Warren when he was fifteen years old and spent his entire 47 year working career in the grocery business. He worked at Kroger in Warren, Hamburg and NLR/LR. In 1970 he began working for MsOsker-Gardner Food Brokerage remaining through several mergers and finishing with Crossmark. He was recognized as an extremely hard worker who knew the grocery business and could get things done quickly.

Jerry is survived by his wife of 56 years, Mattie Ruth Beasley Tipton, whom he married on July 11, 1964, in Warren, Ark. He is also survived by his only child, James Denny Tipton and his wife Jennifer of Sherwood; and his two granddaughters, Allison and Ashley Tipton.

Jerry had an outgoing, energetic personality and never met a stranger. He loved deer hunting and helping his son with his various sports activities. During his retirement his life revolved around helping Denny at Sylvan Hills High School and being with his granddaughters who were the real joy of his life. He was also a member of First Assembly of God in North Little Rock where he assisted his wife with the Challenger Sunday School Class each week. He was a loyal, caring husband, a supportive, loving father, a great Papa, and a faithful Christian and will be greatly missed by those who knew and loved him.