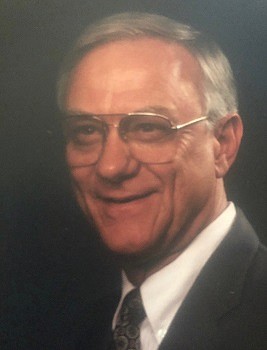 Robert Vernon "Bob" Smith, 84, of Little Rock departed this life on August 29, 2020. Born March 12, 1936, in Gainesville, Ga., Bob grew up in Dahlonega, Ga., where he graduated from both high school and from North Georgia College. In 1960, he married Barbara Henson of Ellijay, Ga. This December would have marked their 60th Anniversary.
Bob was preceded in death by his parents, Vernon H. and Myrtle Smith. Bob is survived by his wife, Barbara and their son, Vernon Henry Smith, II, and daughter-in-law, Jennifer Smith of Decatur, Ga.; daughter, Bobbi McDaniel and son-in-law, Dustin McDaniel of Little Rock; sister, Nancy Smith Elrod of Lynchburg, Va.; grandchildren, Chris "CJ" Fowler, Jr., Lexi Fowler, Emma Grace McDaniel, and Owen Smith; niece, Karen Stains, her husband, Bill Stains and their son, Bowen Stains.
Bob was a man of dignity, honor, courage, patriotism and commitment to his family. He was a veteran of the United States Army. After a medical discharge, he continued to serve as a private contractor to the military, including various foreign postings. In his business career, Bob was a founding board member of Lumpkin County Bank and was a pioneer in the pressure treated lumber industry. He worked in Hawaii, Texas, and Georgia and retired as the Vice President of US Sales and Customer Service of Osmose, Inc.
Bob attended St. James United Methodist Church where he and Barbara were members of the Agape Sunday School Class. Bob had been a member of multiple Lions Clubs and the Jaycees over the years and was a Lifetime Member of the NRA.
A celebration of life will be scheduled when friends and family can gather safely. In lieu of flowers, memorials may be made to Parkinson's Research, St. James United Methodist Church or to the Arkansas Children's Hospital Auxiliary. Bob's online guestbook is available at www.SmithFamilyCares.com.