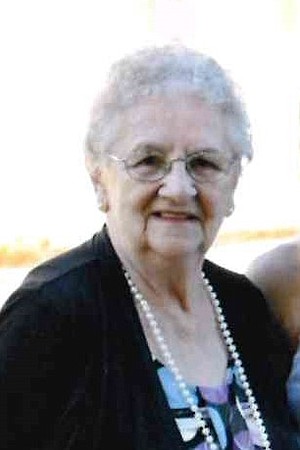 Gertrud Ida Zajac, 93, of Beebe, passed away Monday, September 14, 2020, at her home. She was born June 7, 1927, in Mellingen, East Germany. She grew up in Weimar, which was under Nazi control during World War II. In May of 1957, she and her daughter, Gisela, immigrated to the United States. Gertrud received her American citizenship on March 19, 1963, and worked in the printing industry until she retired in 1986.

She is preceded in death by her husband, Sylvester Zajac. Also preceding her in death are her parents, Ida and George Zimmermann along with eight siblings Hans, Paul, Heinz, George, Annie, Martha, Marie, and Liesse Lotta.

She is survived by her daughter, Gisela, and her husband, Jim Allen; grandchildren, Ryan and Janet Allen and Cari and Tate Rector. She is also survived by four great-grandchildren whom she loved dearly, Gracie and Ellie Allen and Brody and Reed Rector.

We would like to thank Arkansas Hospice for their care during the past month. We would also like to thank Kevin Girtman and his staff at Beebe Family Clinic who she thought the world of.

Visitation will be Wednesday from 1 p.m. – 2 p.m., Wednesday, at Smith Westbrook Funeral Home, with the funeral to follow at 2 p.m. Burial will be in Meadowbrook Memorial Gardens, Beebe.