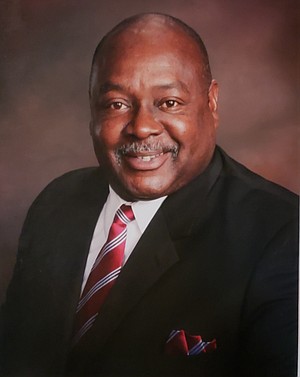 Cleophus "Cleo" Randall Jr., 68, of Jacksonville, went on to be with the Lord on Friday, September 18, 2020, with his wife, Sandra, by his side. He was born August 24, 1952, to Mary Lee Cain and Cleophus Randall, Sr., in Dallas, Texas. In 1975, while serving in the United States Air Force, Cleo met the love of his life. On October 3, 1975, Cleo married Sandra Lee Sledge and they went on to do many great things together. He was a proud Vietnam veteran, and worked as a law enforcement specialist and patrol dog handler. He went on to serve as a police officer for both Sherwood and Riceville police departments in the state of Arkansas. In 1986, Cleo received an Associate of Science Degree from Shorter College. He ran a successful security dog company called West Central Security Inc. He was appointed to the Arkansas Board of Investigators and Private Securities Agency by Governor Frank White. Cleo was a bailiff for Circuit Court Juvenile Division and CSO Marshall for Federal Bankruptcy Court. He also ran a traditional Korean martial arts studio "Kuk Sool Won," where he trained many students. Not only was Cleo a serious businessman, he was also a very talented artist. He loved to paint, sew, and do woodburning art. He wrote poetry and drew comics; he became a cook, and wrote a cookbook. He designed and printed shirts, and even made swords. He had a wide variety of gifts and he took the time to pursue each one of them.
In addition to his parents, Cleo is preceded in death by his brother, William Randall. Cleo leaves to cherish his memory his wife of 46 years, Sandra Randall; his sisters, Mary Ross, Gladyine Stuart, Wilma Randall, Betty Randall-Busby, Angela Randall; as well as a host of nieces, nephews, and godchildren.
Funeral services will be 11 a.m., Friday, September 25, 2020, at Chapel Hill Memorial Park in Jacksonville. Visitation will be from 3 p.m. to 7 p.m., Thursday, September 24, 2020, at Moore's Jacksonville Funeral Home. An online guestbook is available at www.MooresJacksonvilleFuneralHome.com. Arrangements by Moore's Jacksonville Funeral Home (501) 982-2136.