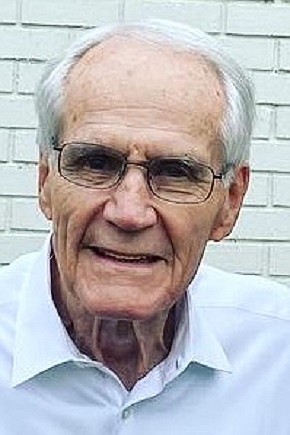 Harry William "Bill" Luplow II, 83, of Little Rock went home to be with the Lord on the morning of April 6, 2021. Bill joined the love of his life and wife of 58 years, Kay Lynn Keese, in Heaven. Bill was also preceded in death by his parents, Maude and Harry Luplow; and brother, Dr. Rollie Luplow.
Bill was born January 28, 1938, in Saginaw, Mich. His family moved to Arkansas and Bill earned a degree in chemistry from the University of Arkansas at Fayetteville. Bill was a life-loyal Sig of the Sigma Chi fraternity and was honored with the Sigma Chi Service Key. Bill was selected for the Blue Key Honor Fraternity and was a senior Senator of the Universities Student Senate.
Captain of the 1959 Razorback Football team, Bill was proud to be part of the 1959 Southwest Conference and the 1960 Gator Bowl Championships. Bill was named to the All-Southwest Conference Team, the All-American Blocking Team, Oklahoma State and Tulsa University All-Opponent Teams, and was drafted by the Denver Broncos. He was President of the Razorback Letterman's club and loved to attend Razorback games.
Bill served in the US Marine Corps as an A-4 Skyhawk jet pilot, flying over 200 combat missions in North Vietnam, Laos, Cambodia, and gave close air support for ground troops in South Vietnam. Aircraft carrier qualified, Bill's call sign was RED HOG. Bill separated from active duty in 1967 at the rank of Captain, when he became a flight instructor, training pilots to become Naval Aviators. He was presented with many medals and citations for his service.
Bill and Kay were members of St. Paul United Methodist Church for over 50 years where they were honored as "Pillars of St. Paul" and sang in the choir for over 35 years. Bill was the Chairman of the Administrative Board, Council of Ministries, and a group leader in Bible Study Fellowship.
Bill is survived by his sister, Sally (Steve) Reese; his son, Britt Luplow; daughter, Lynn (Keith) Kerfoot; five grandchildren, Lance, Katelyn, William Parker, Elle, and Jenna; three great-grandchildren; and five nephews.
A celebration of life will be held on Saturday, April 10, 2021 at St. Paul United Methodist Church, 2223 Durwood Rd., Little Rock, Ark. 72207. Visitation at 1 p.m. and service at 2 p.m. In lieu of flowers, memorials may be made in Bill's name to Arkansas Hospice or St. Paul (UMC). Pastor Pam Estes will officiate. Please read the extended obituary and sign the online condolence book at RuebelFuneralHome.com