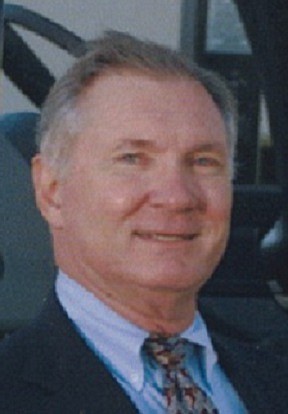 John A. (Jack) Riggs III, 86, passed away peacefully at home surrounded by his family on April 6, 2021. Jack was born to John and Martha Riggs in Little Rock on November 15, 1934. He attended Little Rock public schools, graduated from Little Rock High School (now Central) and attended the University of Arkansas at Fayetteville where he earned an industrial engineering degree in 1957.
Jack was married to his wife of nearly 65 years, Lila Keith Riggs. They met when Jack was a ninth grader and Lila an eighth grader at First United Methodist Church. They dated through high school and college and were wed on June 9th, 1956.
After serving two years in the Army Corps of Engineers, Jack joined his family's business, J. A. Riggs Tractor Company. There, Jack held a variety of positions including Parts Manager, Sales Manager, President and Chairman of the Board. He retired from the business in 2002.
Believing in community service, Jack served on numerous charitable boards including Little Rock Kiwanis Club, Quapaw Area Council of the Boy Scouts of America, the United Way of Pulaski County, the Meadowcreek Project, and his favorite, Joseph Pfeifer Kiwanis Camp. In addition to community boards, Jack served on several business association boards including the Greater Little Rock Chamber of Commerce, the Associated Equipment Dealers, Little Rock Wastewater Utility, and Worthen Bank and Trust Board of Directors.
Jack was preceded in death by his parents, John and Martha Riggs; his brother, Dr. Lamar W. Riggs; and his granddaughter, Emily Vollers.
Jack leaves his wife, Lila Riggs; his daughter and son-in-law, Rebekah and Jim Wright; his son and daughter-in-law, John and Anna Riggs; his son and daughter-in-law, Keith and Sally Riggs; his daughter, Marci Riggs; and his daughter and son-in-law, Lila Riggs and Rick Davis. He leaves 13 grandchildren, Katie Wright (Matt Adamic), Ricky Wright, Charlotte Haines (Steve), Arthur Riggs (Dylan), Patrick Riggs (Irene), Thomas Riggs, Charlie Vollers, Maddie Vollers, Dianne Riggs, Natalie Riggs, Annie, Jesse, and Stephanie Niswanger; and one great-grandson, Jack Riggs. He is also survived by his sisters, Lil McClerkin and Lee Cress.
The little things were what Jack took joy in. He loved to hunt with his friends and family at Longshot Duck Club; he was a life-long fisherman especially at his home of 35 years, Ginger Hill Manor. Earlier in adult life he was a golfer but gave the game up when his sons consistently beat him; and he constantly tinkered about his property whether mowing on his tractor or straightening up around the property. Unfortunately, Jack usually pushed his luck and often ran his equipment into the lake. After one episode, his service department employees at Riggs Tractor sent his tiller back to him with a life jacket attached. Later in life up to his last few weeks, he loved to bring his beloved dog and companion, Max, to Ginger Hill where Max would happily run around and into the lake making for a smelly drive back to Little Rock.
The Riggs family wishes to thank Arkansas Hospice, as well as all of Jack's caregivers, who provided such loving care for him over the past few years, particularly Melinda Hernandez and her husband, Adam, Marie Wilkins, and Brooklyn Haggins.
A memorial service will be held at St. James United Methodist Church, 321 Pleasant Valley Drive in Little Rock, on April 10 at 2 p.m. A visitation at the church with the family will be held before the service in the Courtyard (through Entrance 1) from 1 p.m. to 1:45 p.m. The service will be available livestream at stjameslr.org.
In lieu of flowers or any other memorial, Jack has asked that his friends and family make a donation to Joseph Pfeifer Kiwanis Camp, 5512 Ferndale Cutoff, Little Rock, Ark. 72223. Arrangements are under the direction of Ruebel Funeral Home, RuebelFuneralHome.com