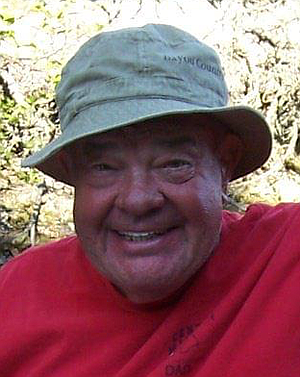 Robert "Bob" B. Leslie passed away on Monday, April 5, 2021, at his home in Conway, Ark. He was born on Sunday, January 8, 1939, to Ellis B. and Mary O. (Sumrall) Leslie in Warren, Ark.
He was preceded in death by his parents; a brother, David Leslie and the love of his life for 59 years, Rita Loree Leslie.
Bob received his Juris Doctorate from the University of Arkansas, Fayetteville, in 1959 and was an attorney for over 60 years. He served in many capacities, including a Special Judge in Municipal and Chancery Court Trials, sitting as a Special Justice on the Arkansas Supreme Court. While on the Supreme Court he acted as Parliamentarian and Legal Counsel for various local, state, and national religious and non-profit organizations and associations.
Throughout Bob's career some of his most notable positions were; General Counsel, Assessment Coordination Department for the State of Arkansas from 1999 to present; Adjunct Professor of Law at Webster University in Little Rock in 1994; Special Justice for the Arkansas Supreme Court in Little Rock in 1998; Associate with Pattern & Brown, Attorneys at Law in Little Rock from 1969–1970; and Shop Teacher and Coach for the Hot Springs Public School District in Hot Springs, AR from 1961-1966.
Bob received many awards over the years, but most notably was his 1974 award of JCI Senator for the Arkansas Jaycees.
His contributions to civic organizations were many throughout his lifetime; especially serving as an active member of the Lion's Club for many years; the Board of Directors for the World Eye Foundation from 1981 to 1986; the Board of Directors for the Central Arkansas Chapter of the March of Dimes from 1980 to 1982; and serving as National Legal Counsel for the U.S. Jaycees from 1974 to 1975. Additionally, Bob served in the fraternal organization of the Redfield Masonic Lodge, No. 700. He served with the Republican National Committee as a Member for Arkansas from 1988 to 1992 and served at the State Chairman for the Arkansas Republican Party in 1981.
Bob was a man of the people and enjoyed public speaking, assisting people with their legal problems in the hope of a positive out-come. He especially enjoyed teaching and coaching children. His personal hobbies included; hunting, fishing, gardening, woodworking, collecting shop tools and restoring broken equipment.
He is survived by his children, John B. Leslie and Beth Andrews (Mark); grandchildren, Tabor Andrews, Orion Leslie, Greg Andrews, Chris Andrews, and Caroline Andrews; one niece, Lorna Leslie; and nephews, Davy Leslie and Bruce Leslie.
A private family service will be held at a later date. The online guestbook is available at: www.rollerfuneralhomes.com/guestbook