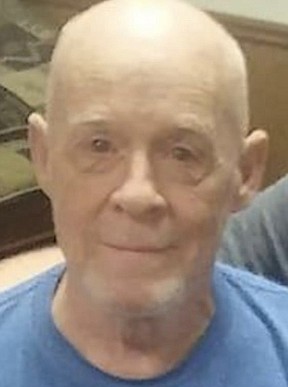 Robert Laurence Russell, was born April 4, 1950, in Norfolk, Va., to Robert and Hazel Russell. He passed away peacefully at home on April 4, 2021. He was raised by his father and paternal grandmother, Myrtle Cash Russell, in St. Joe, Ark., until he was 10 years old when the family moved to Fayetteville, Ark. He graduated from Fayetteville High School in 1968 and attended Mortuary School in Dallas, Texas. After graduation from Mortuary School, he began his career at Sisco Funeral Chapel in Springdale, Ark. He went on to own several funeral homes in Dade County, Missouri, for a time and work in the funeral business for most of his life, along with other various business pursuits. Larry will be remembered for his sense of humor, dedication to helping others and willingness to "give you the shirt off his back", if you needed it.
He was preceded in death by his father, "Granny", and older brother and best friend, Martin W. Russell. He is survived by his wife of 19 years, April, and sons, Ryan (Kelly) and Reagan (Natalie) Russell, his grandchildren whom he loved very much, Presley, Tucker, Parker, Harper and Collier Russell as well as his niece, Erin (Nathan) Janes and sister-in-law, Jan Brinson Russell. Online condolences can be left at: siscofuneral.com.