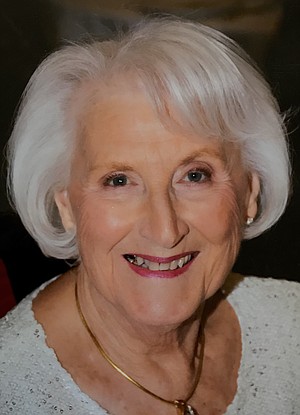 Shirley Felton, 85, of Bella Vista, Ark., died March 31, 2021. She was born in Canaan, Missouri, to Dewey and Minnie Decker. Shirley is survived by her husband, Gene Felton; her brothers, James and Darrell Decker; her children Steven Wilkes (Gretchen), Karen Edwards, Michael Wilkes (Sandra), John Wilkes (Sherri) and Thomas Wilkes (Jane); her stepchildren, Joel Felton, C.J. Felton (Jeanette), Chris Felton (Mary), Charles Felton, David Felton (Abby), Eric Felton, Dan Felton, Doug Felton, Brian Felton (Gretchen), and Sunny Felton; 12 grandchildren and eight great-grandchildren. Shirley was preceded in death by her husband Wayne Wilkes in August 1967. Shirley was an avid tennis player, especially participating in and supporting Bella Vista Seniors Women's Tennis. She supported youth tennis and enjoyed watching her grandchildren participate in school or league play. She was a founding member of the Bella Vista Presbyterian Church and believed strongly in its culture and goals, particularly as it relates to caring for one another and caring for the environment. Shirley was a career accountant who worked for several prestigious firms during her career, including the American School in Jeddah, Saudi Arabia, where she lived for ten years while married to her second husband, Tom Burchett, an airline pilot now deceased. Gene and Shirley were married in Bentonville, Ark., on September 2, 2000. They traveled extensively, especially enjoying trans-Atlantic and Pacific cruising or by car to visit family and friends across the U.S. Shirley was a passionate supporter of the Vera Lloyd Home, which provides a home and education for homeless youth in southern Arkansas. The family asks that any support you might offer in Shirley's name to the Vera Lloyd home would be an honored tribute to her memory and her love and care for children in need. Vera Lloyd Home Kathy French, 501-666-8195, kathyfrench@veralloyd.org, https://www.veralloyd.org/donate/donate-now/
Shirley's memorial service will be Friday, April 23, at 2 p.m., at the Presbyterian Church of Bella Vista, 1880 Forest Hills Boulevard, Bella Vista, Ark., 72715, (479) 855-2390. Condolences may be shared at: www.funeralmation.com.