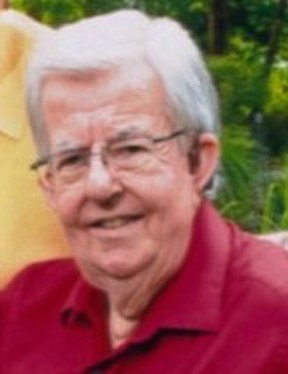 Donald R. Henderson, of Little Rock, died on April 14, 2021, at the age of 85. Don, a native of Magnolia, was a Page in the US House of Representatives for two years, rising to be Overseer of all Pages. During this time, Don completed the 10th and 11th grades of high school at the U.S. Capitol Page School which was located in the Library of Congress. Don attended SSC (SAU) and the University of Arkansas, Fayetteville. While at the U of A, Don was a member of Phi Delta Theta and was a member of the Student Senate. It was in Fayetteville that Don met Betty Dickinson who would be his wife for 56 years. After getting his degree from SAU, Don entered the Surety Bond business. Don was Bond Manager in Cincinnati and Detroit for Safeco Insurance Company. In Little Rock, he was Bond Manager for Fireman's Fund Insurance Company.
In 1975, Don joined Jack East at Sedgwick International Insurance Brokers. When Don retired as Senior Vice President of Sedgwick it brought to a close his 45 years in the Surety Bond business. Don and Betty enjoyed showing their Champion Shetland Sheepdogs all over the U.S. and Canada. One year, their Sheltie CH. Cee Dee's Squire was the top winning Sheltie in the United States. In another year, he was the number one Sheltie in Canada. Don judged dog shows for 34 years with assignments throughout the U.S. and Canada. For seven years, Don was President of the American Shetland Sheepdog Association, an international organization of a thousand members. For his contributions in leading ASSA, he was accorded a Life Membership in the organization. For many years Don was a "Consulting Rosarian" for the American Rose Society.
He was Past President of the Central Arkansas Rose Society. He was Past President and Show Chairman for the Central Arkansas Iris Society. He was also a Master Gardener. Don served as the President and Show Chairman and holds a Life Membership in the Arkansas Kennel Club. Don was one of the founders of the Arkansas Society of Antique Fountain Pen Collectors. Don and Betty enjoyed participating in Antique Pen Shows across the U.S. At one time, Don's collection included 400 pens of museum quality. Don and his collection were featured in the International Pen Collector's Magazine. Don was a Charter Member and avid supporter of Garvin Gardens. Don served Covenant Presbyterian Church as Deacon and was a faithful member of the Men's Early Morning Bible Study. Earlier, Don was active in First Christian Church where he was an Elder and Chairman of the Trustees.
Don was preceded in death by his wife, Betty, who succumbed February 19, 2014. He was also preceded by his daughter, Cathy Henderson and his brother, Judge Robert Henderson of Magnolia, Ark. Don is survived by his son, Donald Drew Henderson, a corporate officer of Marathon Petroleum and his spouse, Sheila P. Henderson of Midland, Texas; four grandchildren and four great-grandchildren; Don's nephew, Dr. Robert Henderson, III of Dallas, Texas; Don's sister-in-law, Judy Henderson of Magnolia, Arkansas, and dear friend, Daisy Helen Uhrich, also of Magnolia, Arkansas. Our Patriot will be greatly missed by his many friends across the country. God Bless America, the country he dearly loved and prayed for each day of his wonderful life.
Visitation will be from 6-8 p.m., Tuesday, April 20, 2021 at Roller-Chenal Funeral Home, 13801 Chenal Parkway, Little Rock, Ark., 72211, (501) 224-8300. A graveside service will take place 9 a.m., Wednesday, April 21, at Roselawn Memorial Park, 2801 Asher Avenue, Little Rock, Arkansas, with a Memorial Service to follow at 11 a.m., at Covenant Presbyterian Church, 1 Covenant Drive, Little Rock, Arkansas, 72211, with Reverend Tim Reed presiding. He will be assisted by Reverend Derek Coyle.
In lieu of flowers, donations may be made to the Building Fund at Covenant Presbyterian Church. Online guestbook:
www.roller-funeralhomes.com/chenal