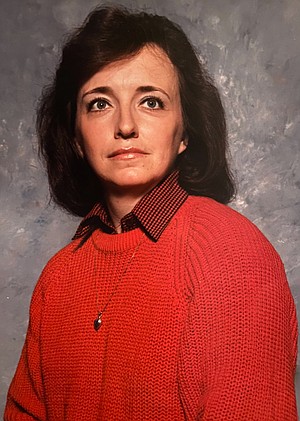 Lynn Rose Pruss, 68, of McKinney, Texas, formerly of North Little Rock, passed from this life on April 14, 2021, at her home with her daughter by her side. She was born October 16, 1952, in North Little Rock, Ark., to the late, Marvin Buford and Elizabeth Duke Plummer. Before moving to Texas, Lynn was a member of Park Hill Baptist church in North Little Rock and worked in financial services at Baptist Medical Center in Little Rock. Her hobbies included arts and crafts, gardening and cheering for her beloved Razorbacks. Her greatest joy; however, was found in her family, especially her grandchildren.
She is proceeded in death by her parents, her husband, Donald A. Pruss, and her niece, Shellie Plummer.
She is survived by her daughter, Courtney (Kenneth) Richmond of Texas; stepdaughters, Donna McClendon and Jaime McCurdy of Ark., as well as a stepson, Justin Pruss of Ark., grandchildren, Leza Price, Kiasha Richmond, Taylor Robinson, Cheyenne Price, Tristan McClendon, Peyton McClendon, Kailey Richmond, and Kenneth "K.J." Richmond. She is also survived by her brother, Jack (Dayna) Plummer of Bella Vista, and two great-granddaughters, Nyla and Niomi, as well as a host of family and friends.
The family would like to recognize Heart to Heart Hospice in Carrolton, Texas., for the warm service and loving care they helped provide.In lieu of flowers, the family requests donations be made to American Alzheimer's Association or Susan G. Komen Foundation in memory and honor of Lynn.
Funeral service will be at 11 a.m., Thursday, April 22, 2021, at Smith North Little Rock Funeral Home. Interment will follow at Oak Grove Cemetery in Austin. Visitation will be one hour prior to the service beginning at 10 a.m., at the funeral home. Arrangements by Smith North Little Rock Funeral Home, 1921 Main Street, North Little Rock, Arkansas, 72114, (501) 758-1170. Sign Lynn's online guestbook at: www.SmithFamilyCares.com