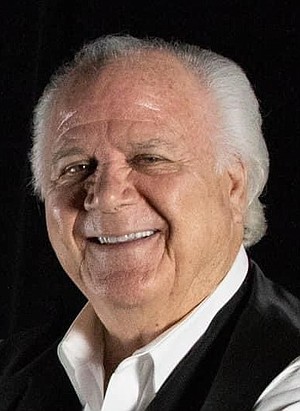 Arthur L. Ward Sr., 72 of Sherwood, Ark., made his Last Move into the presence of the King on Saturday, April 17, 2021. He was born March 12, 1949, in Zent, Ark., to the late Rev. Edward L. Ward Sr. and Florence "Juanita" Berry. He is preceded in death by brothers Rev. Edward L. Ward, Jr. and Rollen Ward; sisters, Florence Rogers and Margaret Hollis.
He is survived by His wife of 52 years, Sandra "Sandi" Pierson Ward; daughters, Sherry Lynn Ward and Bobbie Jo Ward White (Dennis); son, Rev. Arthur "Chopper" Lynn Ward, Jr. (Kristin); grandchildren, Will, Heather, Emili, Duncan, Bailey, Kaytlynn, Sidney, Judah, and Zoe; great-grandchildren, Knight and Sterling; sister, Beth Snyder; brothers: Douglas Ward and Rev. Allen Ward; a host of nieces, nephews, cousins, friends, and an innumerable list of spiritual sons and daughters.
The world became a much happier place on March 12, 1949, when Arthur Lynn Ward was born in Zent, Ark., coming in at a whopping 14 lbs. He grew up with a deep admiration of the preachers that would come through the churches they attended. As a little boy he would preach to the bed posts, while his brother Allen played the piano, and they "played" church. But when he was nine years old, he was asked to preach his first sermon to a live audience in Pensacola, Fla., where "three grown men got saved." This would begin the public preaching ministry of one the greatest preachers to ever take the stage.
In the summer of 1965 he moved to Dallas, Texas, at age 16 and began driving freight trucks with his older brother, Rollen, at Morgan-Mistletoe. While in Dallas, his oldest brother, Edward Lee, would start a singing group called The Singing Ward Family, of which Arthur was an integral part. He eventually becoming the spokesman and emcee for the group. They recorded four gospel albums, toured concert halls and churches all across Texas, Oklahoma, Arkansas, and Louisiana, and many other states. Sharing the stage with legendary groups such as The Happy Goodmans, The Oak Ridge Boys, The Rambos, The Speer Family, The Blackwood Brothers, The Stamps, The Galileans, and many more, Arthur Lynn, his brothers, Douglas Wayne and Allen Ray, along their sister, Margaret Jane, proved night after night that The Singing Ward Family, with their beautiful family harmonies, and powerful anointing, and unmistakable stage presence belonged on the biggest of stages, and could hold their on with anyone.
It was in this year of 1965 that Arthur would meet the girl who would later become the love of his life, Sandra Kay Pierson. While in Dallas, Arthur would become a father to a beautiful blonde-headed girl with blue eyes just like her daddy, named Sherry Lynn. On February 14, 1969, Arthur and Sandi would become husband and wife. While in Texas, on December 21, 1970, they welcomed the birth of their daughter Bobbie Jo, once again blonde-headed and blue eyes just like her daddy.
In 1973, they would move to Moro, Ark., to help his daddy, Edward Ward Sr., pastor a church. Later, Arthur and his wife, Sandi, would build the Gospel Lighthouse in 1974 in Moro, and eventually start a Christian school. On a highway in Moro is where God spoke to Arthur to "DO TV". This would begin the pioneering pastorship of many churches throughout Arkansas, Texas, and California. In 1977, Arthur and Sandi would welcome their son, Arthur Ward Jr, who would become known as "Chopper".
In 1979, Arthur and his family began evangelizing, while still pastoring in Moro. Over the next 13 years, Bro. Arthur, as he became known, would travel with his wife and their two children across the country in numerous buses Arthur converted to motorhomes, singing and preaching from coast to coast, and border to border. The Arthur Ward Family was without a doubt his pride and joy.
Bro. Ward recorded 19 gospel music albums in studios from Madisonville, Ky., to Dallas, Texas, Nashville, Tenn., to his own studio in Sherwood, Ark., and produced numerous more for other artists. His ministry base moved to California from 1985-1992, where lifelong friendships were formed.
Then in 1992, Arthur, Sandi and the kids, came to Sherwood, to build a headquarters for the television ministry God planted in his heart, this would launch Rock City Harvest Church, where he faithfully served as Senior Pastor for 29 years, and a weekly television broadcast that would air for 17 years across the nation. Moving eventually to internet streaming and broadcasting so as to reach a broader global audience.
He was a Husband, Daddy, Papaw, Brother, Uncle, Bro. Arthur, Bro. Ward. He was a preacher, singer, songwriter, carpenter, bus driver, golfer, pilot, author, producer, literal genius, life of the party, but to sum up who Arthur Ward was and is to an untold amount of people who knew him, is to simply say, he was "your best friend". His laugh was unmistakable. His smile was infectious. His voice was epic. And his message never wavered: "God Has Big Plans For You!"
The life and legacy of Pastor Arthur Ward will be celebrated with visitation this Friday evening April the 23rd, at 5 p.m. and the celebration service will be Saturday, April 24th, at 12 p.m., both will be held Rock City Harvest Church, 10225 Highway 107, Sherwood, Ark. Interment will follow at Rest Hills Memorial Park, Sherwood, Ark. Online guestbook at www.SmithFamilyCares.com