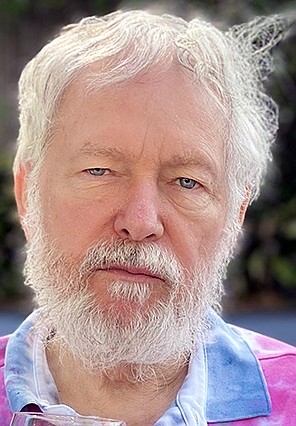 James Bennett Nichols was born to Raymond C.R. Nichols and Margaret Elizabeth Bennett Nichols on October 25, 1948, in Texarkana, Texas.
Jim married his high school sweetheart and love of his life, Mary "Kay" Hardin Nichols, in December 1967. He got serious and graduated top of his class at Memphis State University with a BA in Accounting. He went to work for Arthur Andersen in Houston, Texas. Finally relocating to Lake Charles, La., in 1972, with sons born to him and his lifelong partner in each of the cities. He worked for a large CPA firm in downtown Lake Charles before leaving for private practice doing taxes and financial advising at the Pathology Laboratory and later at The Eye Clinic until his retirement in 2019.
His first job was a paper route at 10 years old - 60 years of paid employment. His work and life dovetailed in that he exemplified the values of honesty, integrity, confidentiality, independence, diligence and frugality (as a basis of building relationships and wealth) which he spread to his children and others who crossed his path, though he was not one to suffer fools.
He was a boomer. He went from Mother Earth News to Popular Science, National Geographic to Conde Nast, talk radio to C-SPAN and from a Volkswagen Beetle to a Nissan station wagon, to a Pontiac, to a Chevy van to a Toyota Prius. He spent a weekend solving the Rubik's Cube with his brother; he was among the first to own a PC in Lake Charles, he and his three sons logged many hours playing the text-based adventure game, Zork. He was an avid stargazer and made sure that the grandkids all had star charts; he also enjoyed birdwatching. His shirts had to have a chest pocket and his jeans always carried the same pocketknife. Billiards was his top sport, whatever the kids were playing was his second, scuba diving and sailing were all a part of his life as well.
He was a regular handyman, could fix anything, and the only one that could find anything in his workshop. He was a dedicated videographer of holidays, important life moments, and traveling. Travel arrangements made by Kay was his most consistent pastime; they took the kids all over the USA on summer vacations and once the kids were out of the house, they followed their youngest to Greece, Japan, and China. By the end they had visited dozens of countries spanning all seven continents and he managed to keep his pocketknife (though he had to mail it home once from airport security).
The last few decades of his life, his oldest son introduced him to the world of craft beer and Gulf Coast music festivals. He and Kay planned summer vacations including the whole family and some taggers along every summer and enjoyed celebrating holidays together as often as possible. His plans for travel were cut short as ALS began to ravage his body and led to complication after complication which ended his journey on April 18, 2021. He outlived all his pets.
He is survived by his wife of 53 years, Mary Kay Hardin Nichols; their three sons, Dr. Christopher Nichols and wife, Monique, of Lake Charles, La., John Nichols and wife, Jennifer, of Ft. Worth, Texas, and Dr. Brian Nichols and wife, Jame Hui, of Calgary, Canada; two brothers, Ray Allen Nichols and wife, LaDonna, Robert William Nichols and wife, Mina, of Little Rock, Ark.; cousin, Charles Gale Gardner of Atlanta, Texas; nephews, Mike Nichols and wife, Laurie, of Memphis, Tenn., and Thomas Nichols and wife, Abbie, of Little Rock, Ark.; sisters-in-law, Carolyn Meredith, Charlotte McClory and husband, Fred, of Texarkana, Ark., and Barbara Ramey and husband, Robert, of Baton Rouge, La.; along with numerous other nieces and nephews; and the treasures of his life, his seven grandchildren, Tyler, Isabella, Adelaide, Ruby, Nola, Charles, and William Nichols.
Jim was preceded in death by his parents; and his nephew, David Anthony Nichols.
His funeral service will be at 11 a.m. on Thursday, April 22, 2021, at St. Margaret Catholic Church in Lake Charles, La. Monsignor Harry Greig will officiate. Cremation was entrusted to Johnson Funeral Home. A gathering of family member and friends will be at the church from 10 a.m. until the start of the service.
In lieu of flowers, donations can be made to the UF Foundation, 1938 W. University Avenue, Gainesville, Fla. 32603, and please reference James Nichols, F017933.
Words of comfort to the family may be expressed at www.johnsonfuneralhome.net