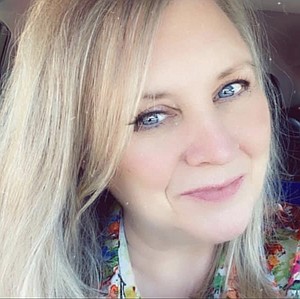 Kelly Rawls Taylor, age 61, of Pine Bluff, passed away peacefully surrounded by her family on Thursday, April 22, 2021. Born August 6, 1959, to Jesse M. Rawls and the late Ann Turner Rawls, she was among the last children born at Davis Hospital in the year before Jefferson Regional Medical Center was built. Kelly was brought home as a newborn to a teacherage at Linwood/Moscow, Arkansas, and lived on the campus of the school until the age of seven. The family then moved to Wabbaseka, and then to Altheimer during her second grade year. Kelly was born into a family of educators. Her father, uncle, and grandfather, were all teachers and school administrators, and she, her husband, and son, all followed in their footsteps. Her grandfather and uncle also served their communities as ministers in the Methodist Church. Her favorite activities during childhood were playing on playgrounds of all the schools where her Daddy taught and administered throughout the years.
She later moved to Pine Bluff and attended Dial Jr. High School, which was located where the JRMC Wellness Center stands today. When her uncle, Dr. Robert Turner, was hired as superintendent of the Watson Chapel School District, Kelly transferred schools and acquired a wonderful lifelong group of friends. Her best memories of high school were the endless laughter, love, and timeless devotion they all shared. The fashion of the day, dragging Cherry Street, and meeting up at Big Banjo Pizza Parlor were just a few of the highlights of her high school years.
Kelly attended Arkansas State University during her college years where she was a member of Chi Omega Sorority and a Little Sister of the Kappa Alpha Fraternity. It was at ASU where Kelly met her husband, Tim. They were married while in college and moved to Little Rock, where they started a family and lived in the Colony West Apartments. As Kelly would tell it, during this time, child number one, daughter, Brooke Anne was planned and conceived, and it was her personal secret! After Brooke was born in 1982, Kelly finished college at UALR and became a career teacher. After moving to West Memphis for a few years, her first assignment was at Wonder Elementary. Kelly, Tim, and Brooke, then moved to Pine Bluff. In 1985 she was hired at the Watson Chapel School District and was assigned to Sulphur Springs Elementary. Child number two, Zachary Bryan, was born in 1988, and later attended school with his mother just like his sister did at Sulphur Springs. Kelly later taught at L.L. Owen Elementary, Watson Chapel Jr. High, and Coleman Elementary. She also spent several years as an instructor at Jefferson County Adult Education. The family resided in the Pinewood subdivision for 25 years, and she spent the majority of her life as a member of Good Faith United Methodist Church.
While teaching at Coleman Elementary, Kelly was diagnosed with cancer that eventually consumed her mortal body. Although she was taken in the most sorrowful and traumatic circumstance, it allowed her to leave this temporary life here on earth and join her beloved friends and family in God's Garden of everlasting life. Kelly Rawls Taylor will live forever as an Angel of God's Heavenly Host and in the hearts of her friends, family, and those she touched with her kind, caring, joyful spirit. She was a beloved wife, companion, mother, teacher, friend, caregiver, confidant, and a complete ray of sunshine that cast a light on everyone she met.
She will be remembered with eternal love by her husband, Tim, her daughter, Brooke Baggott and husband Ben, along with baby Asher, her son, Zachary Taylor and his wife Kayla; and her aunt whom she loved and cared for, Barbara Turner. Kelly also will reside in the hearts of her father, Jesse Rawls, and her sisters, Nita Rawls Bargen, Carrie Rawls Davis, and Sherrie Rawls Congleton. There will forever be a sanctuary of love for Kelly in the hearts and minds of her sister cousin, Robbin Byrd and husband Ron. Her extended family, mother-in-law, Marlene Taylor, brother-in-law, Gary Taylor and wife Kaye, will miss her dearly, and her niece, Ginger Nemenz and husband Buddy, will fondly keep her memory alive.
Visitation will be Saturday, May 1, 2021, from 9 a.m., until 12 p.m., at Fuller Hale-South Funeral Chapel. The family requests that you wear a mask while inside the funeral home.
A Celebration and Remembrance of Kelly's life will be held Saturday evening, beginning at 7 p.m., in her father's pasture, at 10024 Dyson Road, Pine Bluff. The service will conclude at sunset. You are invited to bring a lawn chair, a flashlight, and to dress casually.
In lieu of flowers, the family has created a memorial fund to help support the 20th Century Lodge, a short-term residential respite located in Little Rock. At no charge, it offers lodging and meals for cancer patients and families who must travel from locations outside the city. Kelly has stayed there often over the past several years and it's truly been a blessing. The funds will be used to help fund the "Angels of Hope", a high school girl's organization that provides personal volunteer services for the residents and the lodge. Please send contributions to the Kelly Rawls Taylor Memorial Fund, at any Relyance Bank location, or by mailing a donation to Relyance Bank, c/o Greg Garner, Post Office Box 7878, Pine Bluff, Ark., 71611.
"And until we meet again, it doesn't matter how we've done, on other side I'll see you further on.", Dougie Maclean. Online condolences may be made at: FullerFunerals.com