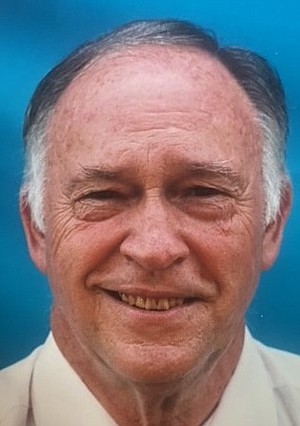 David Benjamin "Ben" Craft, Jr., of Little Rock, passed away in the early morning hours of Saturday, December 4, 2021, at the age of 86. Ben graduated North Little Rock High School in 1953, and in 1955 married Jackie Sims, with whom he celebrated 66 years of marriage. He worked as a lineman and eventually an assigner for Southwestern Bell, from where he retired. In his younger years he also served our country as a member of the 153rd Infantry of the Arkansas National Guard. Music was Ben's first love, which led him to share his beautiful bass voice with thousands of people over the years. He participated in many choirs and quartets, including the senior boys quartet at North Little Rock High School. He was later a member of "Joe Roper and the Melody Boys," then the Venable Quartet which entertained television audiences every week in the late 1950s, early 1960s. He was an active member of the Rackensack Folklore Society for nearly 50 years, where he was well-known to perform and write funny songs. Ben continued sharing his talent and gifts through the years as director of music at Rosedale Baptist Church and First Baptist Wakefield, both in Little Rock. As a man of strong faith, for many years, he not only taught Sunday School but was a Deacon of the Baptist Church and always served in many capacities wherever he chose to worship. With a love of the outdoors, Ben was an avid hunter and loved to fish, spending many hours in the woods and on the lakes in Arkansas.
Ben is survived by his wife of 66 years, Jackie Sims Craft; his son, David Craft, III (Cindy) of Little Rock; his daughter, Melanie Craft Cook (Kevin) of Texas; five grandchildren, Laura Millspaugh (Andrew), David Craft, IV (Katherina), Jeff Craft, Wyatt Cook (Kaitlin), Holly Cook; and five great-grandchildren, Claire and Patrick Millspaugh, Sawyer and Samuel Cook, and Sophia Craft. He was preceded in death by his parents, Benny and Iva Craft; half-brother, Billy Belcher; and brother, Jacob "Jay" Craft; and brother-in-law, Jerry Sims.
Funeral will be at 1:30 p.m., Wednesday, December 8, 2021, at Roller-Chenal Funeral Home Chapel. Visitation will be 12:30-1:30 p.m., prior to the service. Burial will follow at Pinecrest Memorial Park. Online guestbook: www.rollerfuneralhomes.com/chenal.