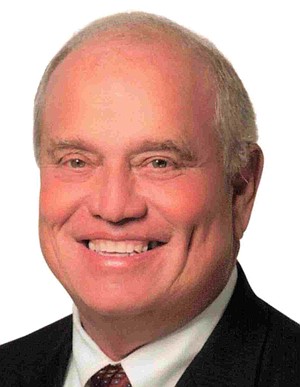 Dean Chambliss, 66, of Pine Bluff, was an avid sportsman who always smiled and loved to make people laugh. He was known by many as the "short guy with the big smile". He died Wednesday, December 15, 2021, at home surrounded by his family.
Born Harvey Dean Chambliss on October 1, 1955, in Pine Bluff, he was the son of Harvey and Margaret Jo Dean Chambliss.
He started playing baseball at the Pine Bluff Boys Club and continued playing as catcher in Little League, Babe Ruth, and American Legion Baseball. At age 14, he played on the Pine Bluff All Star Baseball Team in the 1969 Babe Ruth World Series in California.
Dean was reared and received his early education in Pine Bluff. He played on the first Pine Bluff High School Baseball Team and graduated from Pine Bluff High School in 1973.
He attended the University of Arkansas at Fayetteville on a baseball scholarship. At Fayetteville, he was a member of the Phi Delta Theta Fraternity and studied Agri Business.
After college, he returned to Pine Bluff in 1976 to work on the Chambliss family farm. During this time, he married the love of his life, Susanne Tortorich, on June 26, 1976.
Dean was a member of Island 82 Hunting Club and the Pine Bluff Country Club Men's Golf Association. Much to his dismay, he finished second for many consecutive years at the Pine Bluff Country Club Men's Golf Championship. He was referred to as "Dr. Dirt" by his golfing buddies.
While his daughters were in choir at Pine Bluff High School, Dean was a member of the A Cappella Choir steering committee.
Dean served as a Director for Simmons Bank from May of 2012 until December 31, 2019. After 2019, he continued serving as an Advisory Director for Simmons until his death. He retired from farming in October of 2019.
Dean was preceded in death by his dad, Harvey Chambliss; grandparents, Veva and Howard Chambliss and Carrie and Jo Dean.
Survivors include his wife of 45 years, Susanne Chambliss of Pine Bluff; two daughters, Lauren Chambliss Meredith of Little Rock and Alison Chambliss Wynne (Andrew) of Fayetteville; mother, Margaret Jo Chambliss of Pine Bluff; sister, Jo Ellen Gibbins (David); grandchildren, Mallani Meredith, Connor Wynne and Anna Claire Wynne.
Funeral services will be 2 p.m., Saturday, December 18, 2021, at Lakeside United Methodist Church with Reverend Billy Hawkins and Reverend Judy Rudd officiating. Interment will follow in Graceland Cemetery. Visitation will be Friday from 5-7 p.m. at Ralph Robinson and Son Funeral Directors.
The family would like to thank Area Agency on Aging of Southeast Arkansas and Affinity Hospice for their wonderful care of Dean and his family.
In lieu of flowers, memorials may be made to Pine Bluff Country Club Men's Golf Association, 1100 West 46th Avenue, Pine Bluff, Ark., 71603; Arkansas Children's Foundation – Northwest Arkansas Office, 4093 West Sunset Avenue, Suite 102, Springdale, Ark., 72762; or Baptist Health Foundation, Re: Blessings for Babies, 9601 Baptist Health Drive, Little Rock, Ark., 72205.
Online register: www.RalphRobinsonandSon.com