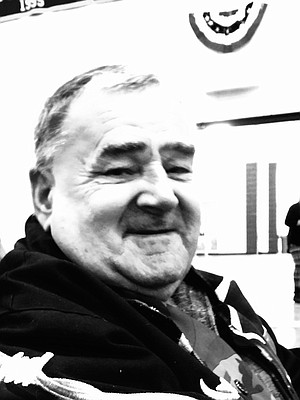 Fred Anthony Bratti Sr., age 85, of Lincoln, Ark., passed from this life Wednesday, December 15, 2021. He was born March 22, 1936, in Plymouth, Mass., a son of Albert Bratti Sr, and Marjorie Leach Bratti. Fred was retired from the United States Marine Corps with 30 years of service. He served in the Korean War and three tours of duty in Vietnam.
Preceding him in death were his parents; his wife, Patricia Bratti; and former spouse, Wendy Lynn Estep, along with one brother and two sisters.
He is survived by his sons, Fred Bratti Jr., and wife, Mott, of Arkansas, Glenn Bratti and wife, Julie, of Arkansas; daughters, Gloria Bratti of Missouri, and Pamela Emley of Colorado; his brothers, Vincent Bratti of Massachusetts, Steven Bratti of Rhode Island; his sisters, Louisa Bassett of Massachusetts, and Mary Ann Diodato of Massachusetts; 13 grandchildren; and 20 great-grandchildren; and many others that he lovingly claimed as his grands.
He was a Marine to the very core and after retirement, served as President of the Fraternal Order of the Eagles in Des Moines, lowa. He was affectionately known to family as "granpar" later in his life. He was known far and wide for his sense of humor and infectious laugh and smile. He was always happy, with a strong love for animals that carried over in all of his children. He was kind and generous, and had a robust approach to life that commanded respect without demand. He worked hard to support his children and in essence was the epitome of a father and a Marine.
Visitation will take place from 10:30-11:30 a.m. Wednesday, December 22, at Nelson Berna of Fayetteville, with graveside service to follow at 1:30 p.m. at Fayetteville National Cemetery. To place an online tribute, please visit www.bernafuneralhomes.com