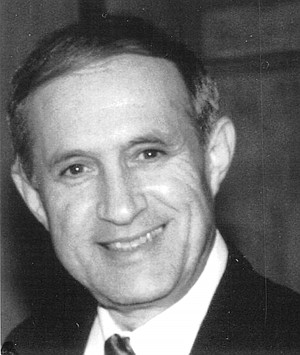 Rev. Bill Smith, was born on June 26, 1941, in Gillette, Ark., to Boyd Preston Smith and Wilma Lowe Smith. He died on January 28, 2021, in Conway, Ark. Bill was reared in Gillett where he graduated from High School. He attended Hendrix College where he graduated with a degree in Religion and Philosophy. While a student at Hendrix he served as Business Manager of the student newspaper and Editor of the college yearbook, President of the Booster Club and was a member of the Blue Key National Honor Fraternity. Following his graduation from Hendrix he maintained his close association with the college by serving on the Alumni Association Board of Governors for over twenty years; President of the Alumni Association for two years; National Chairman of the Alumni Fund; and served as a member of the Board of Trustees for two six-year terms. He established three endowed student scholarships and was the co-creator of the Baltz-Smith Endowed Odyssey Professorship. Upon his graduation from Hendrix Bill served on the staff of the First United Methodist Church in Magnolia, Ark., where he made many lifelong friends and considered Magnolia his second home.
Bill then entered Perkins School of Theology at Southern Methodist University in Dallas, Texas, where he obtained his Master of Theology degree. He was ordained a Deacon and Elder in the United Methodist Church from the Little Rock Conference. While a first-year student at Perkins he began his forty-four year relationship with Highland Park United Methodist Church. Upon graduation from Perkins Bill transferred his Conference membership to the North Texas Conference and was appointed to the Highland Park Church. He served in the areas of Youth Ministry, College and University, Single Adults and Pastoral Care.
Bill is preceded in death by his parents. He is survived by his brother, Samuel Wade Smith, Sr., sister-in-law Katheryn Clay Smith; nephew, Samuel Wade Smith Jr., niece, Carrie Michelle Smith Taliaferro and her husband Zack and their two sons, William Bryce Taliaferro and Tucker Hampton Taliaferro and his nephew, Gregory Blake Smith.
A service of worship celebrating Bill's life will be held in the Sanctuary of Highland Park United Methodist Church, 3300 Mockingbird Lane, Dallas, Texas, on Monday, February 8, 2021, at 1 p.m. Service will be live streamed http://online.brushfire.com/hpumc/funeral/. A graveside interment service will be held in Bill's hometown of Gillett, on Friday, February 5, 2021, at 2 p.m.
Memorial gifts may be made to the Rev. Bill Smith Endowed Scholarship Fund, checks payable to Hendrix College, Office of Development, 1600 Washington Avenue, Conway, Ark., 72032. The scholarship will assist a student from Highland Park United Methodist to attend Hendrix College.
Funeral arrangements made with Bishop-Crites Funeral Home, 108 North Broadview Street, Greenbrier, Ark., 72058, www.bishopcritesfuneralhome.com.