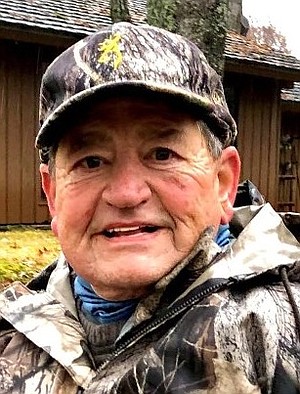 Dane Alan Weindorf looked forward to Saturday, February 20, 2021: the day he entered the arms of his Heavenly Father at the young age of 74. Dane was born September 20, 1946, in Saint Paul, Minn., as the second oldest of six siblings whom he leaves behind. He often made them laugh until they cried, and they rejoice with him now as he will no longer be able to beat them playing cribbage as he did for so many years. Dane's faith was deep and his love spilled over into every life he touched. He was a friend to all and a father to many. Dane was truly the leader of a motley crew with his wife of 38 years, Annette. They have two sons, Dax and Blake; and two daughters, Leslie and Angie; as well as eight grandchildren; and seven great-grandchildren who will carry out Dane's legacy here on earth. He is celebrating eternity with his mother, Esther; his father, Werner; and a host of friends and family. We know he was most excited to be reunited with his grandsons, Joel Whitlow Foote and Lucas Fillmore Weindorf.
Dane bought his first grocery store in 1972 with the help of Warren Knight. Dane's Little Store was on the corner of 9th and Main St. in Crossett, and many will remember dining at the Eagles Nest next door. His little store grew into seven grocery stores in the JADE's (Joe and Dane Enterprises) chain with his partner, Joe Foote. He retired after more than 30 years of serving others in the grocery business. His desire to continue to do great things in his community lead him to run for mayor of Hamburg. After being elected to his first term as mayor, it was a race from the duck woods to the courthouse to be sworn in. With no time to change, the camo he wore suited him just fine for the ceremony. As mayor, Dane worked on many important projects in Hamburg including renovations to the city parks, the baseball park, and the new fire station. These accomplishments were a culmination of years of hard work and a vision he had to increase the quality of life for those in southeast Arkansas.
Dane was known through the years to keep himself busy and drive Annette crazy with his tinkering and countless projects. Some of the most interesting of late were driftwood turtle shell taxidermy and building baby jumpers. The largest he tackled successfully was when he briefly entered the house-flipping craze in Hamburg with one of his ‘extra' sons and partner in crime for many years, Abe Clark. Annette thought the house flip was nearly a flop that we all joked would have been the next greatest reality TV show: "Flop this house with Dane and Abe". His priority with any project was to be organized. With as much equipment as he had, that took a lot. To be honest, he had just finished getting organized right on time to leave it all behind. We are thankful he did so that we finally all know where everything is in his double-double carport tool town shop behind his house.
Dane maintained lifelong friendships that are too numerous to count. All those rowdy friends have settled down now as Dane did too after longtime friend, and roommate for a while, Dr. Barry Thompson helped introduce him to Annette. However, we aren't sure what schemes Heaven will see when he is reunited with his friend Buddy ‘Boudreaux' Stephens in their renewed heavenly bodies. Dane enjoyed fellowship and getting to know everyone he met in a special way. He was delighted to host anyone and especially enjoyed watching the Super Bowl with Barry just a few weeks ago. Dane treated everyone he knew as though they were his highest priority no matter who they were or where they came from. He rarely asked for anything that wasn't related to him helping someone else. He knew that personal relationships meant the most and he loved forming that bond with people. His love for his family and community and hunting wild turkeys any place he could find them, was superseded only by his love for the Lord and was an active member of the First Baptist Church of Hamburg.
Service arrangements will be announced soon and will include an outdoor memorial service at the Hamburg City Park; which was the crown jewel of all his city improvement projects and that will be enjoyed by all for years to come. Private burial will be in the Hamburg Cemetery. In lieu of flowers, donations can be made to Ashley County Museum, PO Box 27, Hamburg, Ark. 71646, in Dane's honor. Funeral arrangements are under the direction of Jones-Hartshorn Funeral Home of Hamburg, Ark. Online guestbook, www.jones-hartshorn.com.