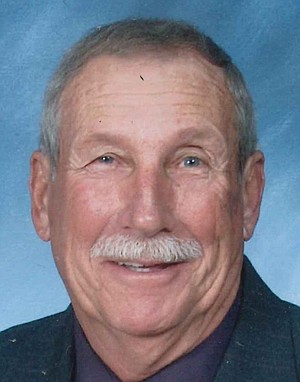 Kenneth Sherron "Boog" Cody, age 82, of Plumerville, Arkansas, passed away Monday, January 4, 2021. He was born February 21, 1938, in Morrilton, Arkansas, a son of Kenneth Vaden Cody and Fleda Grace Hayre Cody. He graduated from Morrilton High School in 1956. From 1960 until 1969, he worked for Blue Ribbon Shoe Store in Conway. Married in January, 1960, to a Plumerville girl, Carolyn Eades. They had twins, a girl and a boy. In 1969, he started to work for Southwestern Bell Telephone Company as a lineman in North Little Rock. Worked there for nine months, then transferred to Morrilton. In 1984, the company re-organized and he transferred to Conway. He worked most all SWBT towns in Arkansas. Also worked on loan, in snow storms and tornado disasters in Kansas and Oklahoma. He worked as a lineman and cable splicer for 32 years and retired in 2001 from SBC. He served in the Army National Guard from, 1955 until 1994. He went from Infantry to Maintenance, Air Defense Artillery. Trained in Fort Polk, Fort Chaffee, Fort Bragg, Fort Campbell, Fort Hood, Fort Bliss, and White Sands Missile Range in New Mexico. He retired from the Guard in 1994, after 39 years with the rank of 1st Sergeant. He was a member of the Harding Street Church of Christ.
He is survived by his wife of 61 years, Carolyn Eades Cody of Plumerville; son, Bryan (Kristi) Cody of Morrilton; daughter, Beth (Ed) Zimmerman of Conway; grandchildren, Miranda (Billy Bob) Elliott of Conway, Cody Zimmerman of Little Rock, Andrew Cody of Morrilton, and Jacob Cody of Morrilton; brother, Raymond Paul (Brenda) Cody of North Little Rock; and sister-in-law, Brenda Cody of Morrilton. Other than his parents, he was preceded in death by his brother, Curtis Cody.
Funeral service will be 11 a.m., Friday, January 8, at the Harris Chapel with Bro. Charles Bane officiating. Burial will be at Elmwood Cemetery by Harris Funeral Home of Morrilton. The family will receive friends one hour prior to the service. A special thanks to Home Instead and Brookridge Cove for their kind and compassionate service. Online Guestbook: www.harrisfuneralhomes.net