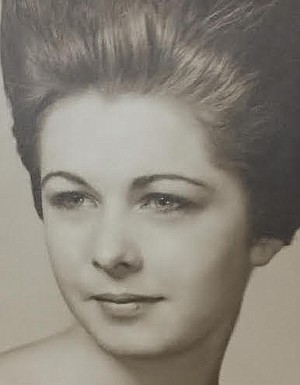 Sheila Jo (Magness) Boyd, was born on Christmas Day in 1947, and left us on December 28, 2020, due to complications from Dementia and Alzheimer's diseases. She was born to Jesse Warren ("Tusome") and Betty Jo (Stanley) Magness in Mountain Home, Ark., and grew up in Cotter, Ark., with her sister, Susan and brothers, Benny, Mike and Mitch.
Shelia did many extraordinary things throughout her life. She made a name for herself as a beauty pageant queen for many years in Baxter County, and all of North Arkansas in the 1960's. After graduating high school, she married her first husband, the late Mike Stevenson, of Flippin, Ark. Sheila devoted her time and energy to her family as a homemaker. She was known as a coach for her children's little league sports teams, an advocate for the PTA programs at Northside Elementary School and one heck of a party planner and hostess. Shelia loved being around people and began working for the City of Rogers as an Administrative Assistant to Mayor John Sampier. She was respected and liked by everyone that crossed her path and worked to make Rogers a great place to live and raise a family.
Sheila fell in love again and married Oscar ("Okie") Boyd in 1993. They spent their retirement years traveling and spending time with their family and friends until Okie's death in 2017. They spent several weeks a year in Bridge Bait, Texas, their favorite fishing spot with their best travelling buddies, their fostered Chihuahuas. Sheila and Okie's greatest love was their children, stepchildren, ten grandchildren and four great-grandchildren.
She is survived by her daughters, Suzy Stevenson of Edmond, Okla., Lynn Stevenson of Edmond, Okla., her son, James (Cindy) Stevenson of Rogers, Ark., her stepsons, Danny (Judy Jane) Boyd of Fayetteville, Ark., Billy (Charlotte) Boyd of Beaumont, Texas and Michael (Lee) Boyd of Houston, Texas, her brothers, Benny (Janie) Magness of Gassville, Ark., Michael (Cindy) Magness and Mitch (Teresa) Magness, both of Harrison, Ark. She also leaves behind her grandchildren and great-grandchildren along with many nieces, nephews, extended family and friends. Sheila was preceded in death and was met with celebration in Heaven by her parents, sister, husband, her stepdaughter Connie, her granddaughter Haley and many loved and adored family and friends.
In lieu of flowers, the family wishes donations to be made to the final home she knew, where the gifted staff treated their mother with warmth, love and great respect, Hillcrest Nursing Home, 1111 Maplewood Rd, Harrison, Ark., 72601.
Memorial services will be held at Rollins Funeral Home in Rogers, Ark., at 11 a.m., on January 15, 2021, with a private family burial afterwards at the National Cemetery in Fayetteville, Ark., where she will lie with her beloved Okie for eternity.